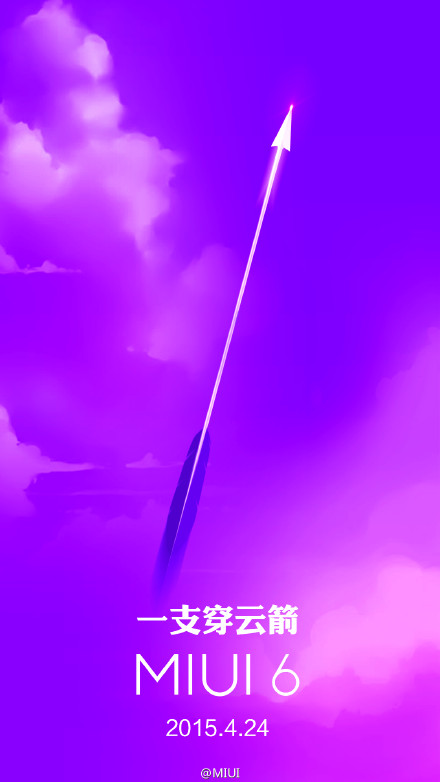 As the majority of smartphone producers are doing, Xiaomi is also offering a customized Android interface applied on their phones, custom interface called MIUI. This UI based on Android 4.4 KitKat is now available on a couple of Xiaomi devices.

However, soon Xiaomi customers will soon experience the MIUI 6 based on Lollipop. This information was revealed through the Chinese platform Weibo. This update will be available starting tomorrow April 24 just on few devices like the Mi4 and the Mi Note.

In the future we might see the update on other phones with mid-ranges specs. In terms of changes, we’ll get notifications in the lockscreen, a new notification center and a different multitasking system. Are you using a Xiaomi device at the moment?