Believe it or not, one of the few companies out there who use Android 4.2 Jelly Bean on their smartphones is ZTE. There aren’t that many handset makers that can brag about having an Android 4.2 device in their portofolio, but ZTE can, since their N8803 handset now runs this OS. 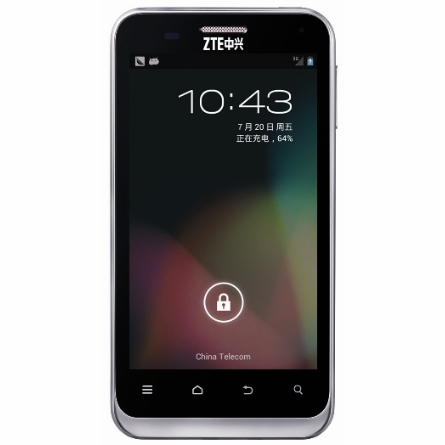 The N880E was the first ZTE model with Jelly Bean on board and it was launched in China months ago. This device already sold over 1 million units and now it’s the first to get Android 4.2 Jelly Bean, although its specs are kind of underwhelming. We’re dealing with a device that features a 4 inch WVGA display, a 3 megapixel rear camera, a single core 1 GHz Qualcomm MSM7627A CPU and 512 MB of RAM.

Other features include 4 GB of storage, a microSD card slot and a 1650 mAh battery. ZTE promised to introduce more Android 4.2 models, really putting the company on the map, since even big companies like HTC, Sony or Samsung will take many months before offering Android 4.2 updates. Android 4.2 debuted on the first phone and tablet earlier this month, when LG Nexus 4 and the Nexus 10 tablet went on sale.