Nokia 5800 XpressMusic has been first launched on Wednesday, before seeing a worldwide release yesterday. A stunning number of 120 people came to buy the phone in the first day, as it’s shocking to see so little interest for the device. 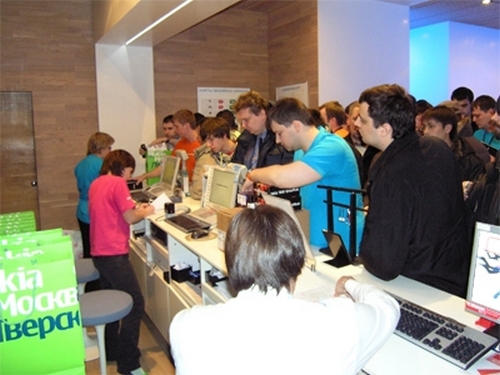 Nokia’s first touchscreen enabled handset seems to have failed to rise to the level of the iPhone, which made many people camp outside Apple stores waiting for the phone’s release. An internal memo says otherwise and we are sure that Nokia might have liked things to stand like that.

Moscow seemed to be of little success for Nokia 5800 XpressMusic, although things do not necessarily stand the same way everywhere now.