Last week, we told you that HTC is going to launch 10 new mobile devices in 2009, among which there’s the famous Iolite, analyzed just days ago. Now, we get a full gallery of ALL HTC handsets ready to hit the market this year. You can check some of them out in the image below and see the full list after the break: 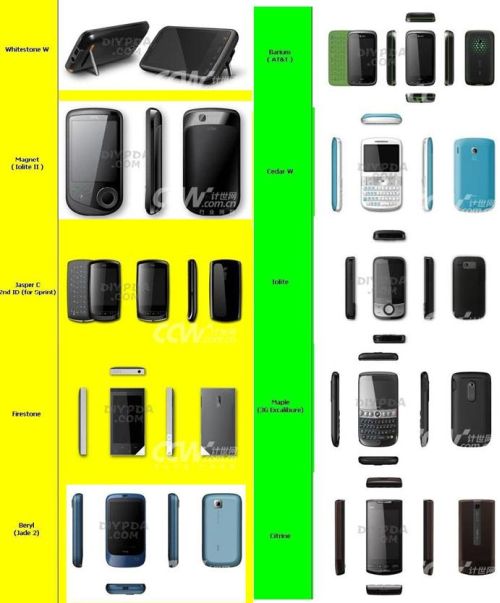 Maple seems to be the perfect BlackBerry rival, while Rhodium will be superb for texting and email. My favorite is Whitestone W, probably because it reminds me of a Nokia Internet tablet or Nokia N97 and I bet it has the specs to compete with the latter. What’s your favorite 2009 HTC device?