Apple must’ve gone berserk after hearing that Samsung wants to have a look at the iPad 3 and iPhone 5, so after accusing the Asian company of harassment and being “copyists”, now they’re saying that 25 of their smartphones are iPhone copies. 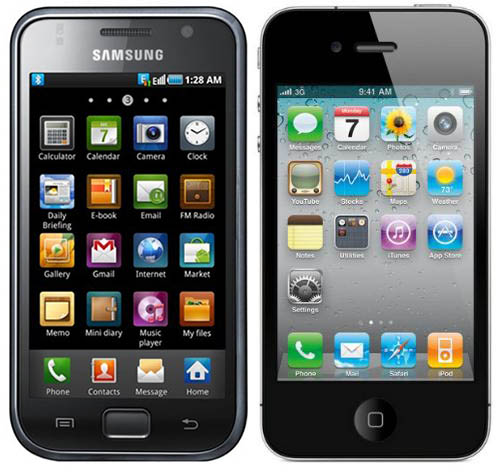 It all started with Apple accusing Samsung of copying the iPhone with the Galaxy S, which resulted into legal action. Afterwards the lawyers of the Cupertino giant expressed the company’s desire to look at future products from Samsung, in order to establish if they copy the iPhone and iPad again. Samsung replied with a similar desire to have a look at the new iPhone and iPad.

Meanwhile, there’s a list of devices that Apple considers clones, including the Samsung Galaxy S4, Samsung Epic 4, Showcase, Fascinate, Nexus S, Galaxy Ace, Galaxy Prevail, Nexus S 4G and many more, with a total of 25 units. Strangely enough even Samsung’s Sidekick version is on the list, although it’s a follow-up to a device launched in 2002, so it can’t be an iPhone clone.