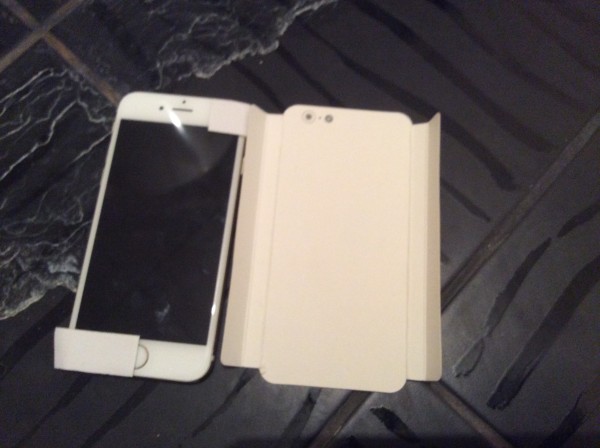 The folks of Micgadget have scored what seems to be the leak of the year, if not the leak of the last half decade or so. They appear to be handling a 4 inch 2016 iPhone in the video below, with the unit coming straight out of a Foxconn factory.

This may well be the iPhone 6c or 7c we’ve heard so much about and it looks very much like a smaller iPhone 6, with a 4 inch screen. It doesn’t look like a dummy unit and it seems to be made of metal and glass, with the screen having print smudges on it. There’s talk of this device coming in March, possibly with the Apple Watch 2 and sporting LTE connectivity, plus Apple Pay support.

Other rumors mention an Apple A8 chipset, 1.2 GB of RAM and a 1624 mAh battery. Only 8 GB of storage will be inside and the price will be at around $549 in USA, but once again these are speculations and leaks. The handset doesn’t look half bad and I have a feeling Apple will seriously investigate this breach. Micgadget is a solid source, so I tend to believe it’s the real deal.