We’re closer than ever to MWC 2013, that takes place in just about 3 weeks. Samsung may be attending the event, but they’re not bringing the much coveted Galaxy S IV. However they will be showcasing a bunch of new products, including the already confirmed Galaxy Note 8.0 and some handsets. Some of them got leaked recently in benchmarks as detailed below. 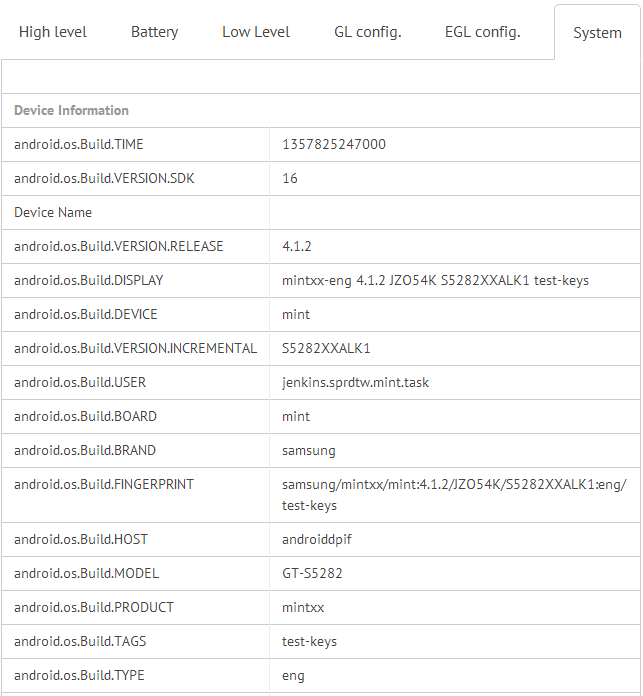 So, let’s analyze the new models, one by one and let’s see what specs they’ve got prepared for us:

The Samsung Galaxy Fonblet 5.8 is, according to the benchmarks a device based on a Broadcom BCM28155 CPU, clocked at 1.2 GHz. There’s also a VideoCore IV GPU inside, a qHD display and Android 4.1.2 Jelly Bean as the OS.

Benchmarks have shown that the budget phone Galaxy Pocket 2 features a Broadcom CPU clocked at 850 MHz, a VideoCore IV GPU and a VGA display. Its OS is Android 4.1.2 Jelly Bean and the Galaxy Pocket 2 is a low end Samsung device.

The Galaxy Star is another low end device made by Samsung, one packing the Spreadtrum processor, a Mali 400 GPU, a VGA display and it has Android 4.1.2 Jelly Bean as the operating system.

The Galaxy Frame is yet another budget model with a Broadcom 1 GHz CPU, VideoCore IV GPU, a HVGA screen and Jelly Bean 4.1.2. The device will come in two versions, one with NFC and the other one without.

The GT-B9160 is a mystery phone with a dual core Exynos 5250 CPU clocked at 1.7 GHz, plus a quad core Mali T604 GPU and a Full HD screen. The interesting aspect about the handset is that it runs Android 4.2.1 Jelly Bean. We can’t really say if this is a phone or tablet, since Samsung uses the Bxxxx codenames for QWERTY devices, but that’s probably not the case.

So, which of these models has you excited?