There’s a manual and a bunch of diagrams going around on the web, detailing the Acer F1 smartphone, that’s also known as the S200. Turns out that the device will be the company’s best model yet, with very impressive specs, that you can find out after the break. 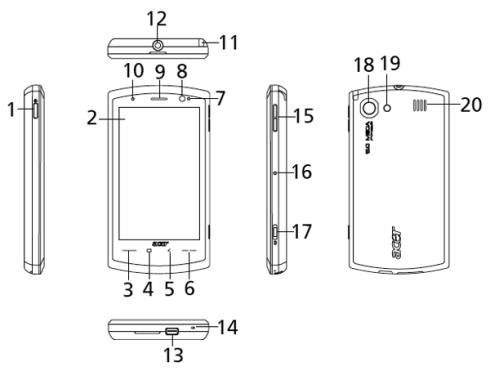 Acer F1 runs Windows Mobile 6.5 and relies on a 1 GHz Qualcomm Snapdragon processor, accompanied by a 3.8 inch WVGA screen, a 5 megapixel camera with LED flash and GPS. No US 3G frequencies are supported on the handset and we learn that there’s also an FM tuner on board of this handset that was demoed at Computex in June.

Expect the phone to reach most countries during holidays, maybe except the US.