We hoped that Acer learned something new by acquiring E-Ten in 2008, but all we’ve seen till now are the revamped Glofiish DX900 and these two new handsets bearing the brand of the company. This is not quite what we were expecting, but let’s check out what DX650 has ready for us. 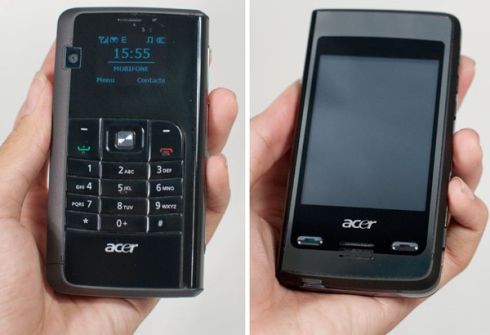 Acer DX650 is a pretty bulky dual-sided handset, with one side that shows a 2.8 inch QVGA touchscreen, Windows Mobile and on the other side a 1.27 inch OLED display and a full numeric keypad. On the specs list of the device there’s HSDPA support, GPS, microSD, 802.11 b/g WiFi and Bluetooth. 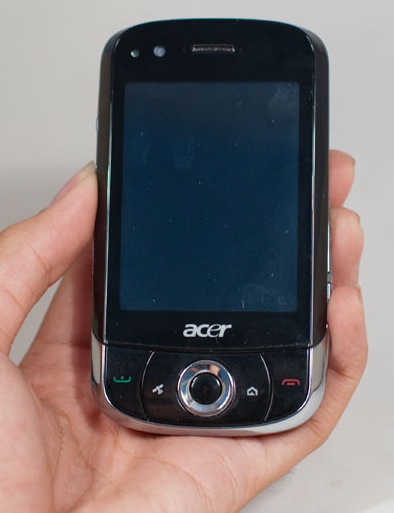