After letting you know that Acer announced a fresh Android handset, the Stream model just the other day, we’ve got a live picture of it, plus a demo of its camera. The 5 megapixel unit is doing great, specially in the video capture section, being 720p capable and all. 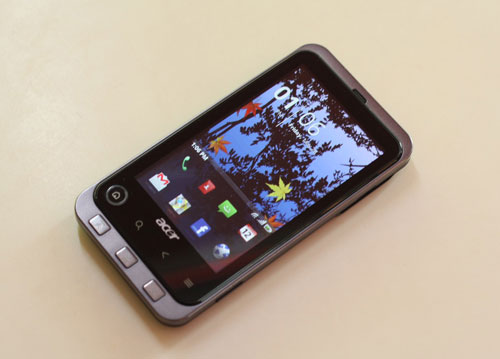 Acer Stream is a very slim smartphone, with a brilliant 3.7 inch AMOLED capacitive touchscreen display, Android 2.1 and a 1GHz Snapdragon CPU. The videos below show its ability to film and you have to know that the content you capture on the handset can be watched on your HDTV, as the phone uses a HDMI port.