After seeing Apple’s new iPhone leaked in San Jose and next in Vietnam, the handset has now apparently reached Europe, the Czech Republic, to be more precise. We’re not yet sure that this is a genuine leak, but the folks of superiphone.cz claim it is and also they’ve managed to put the iPhone 4G’s display under a microscope. 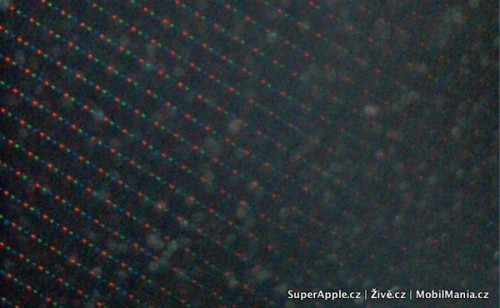 Doing this they found out the pixel density and display technology, leading to the conclusion that the new handset sports an IPS panel, with a 960 x 640 pixel resolution. This is 4 times the pixel count of the iPhone 3GS, so the apps on the new phone might need rescaling.

If this is true, Apple’s phone will have the highest pixel density of any handset ever produced till now. Confirmation will be available once WWDC 2010 kicks off, on June 7th.