We’ve heard about LG Panther (GW910) smartphone before, as one of the upcoming Windows Phone 7 units, but its features were nowhere to be found, till now. However, this time we also managed to get hold of some specs pertaining to the phone and you’ll find them out after the break. 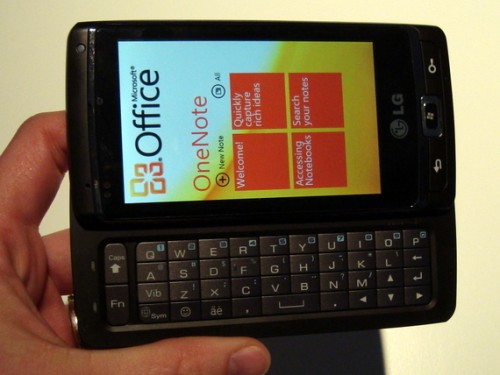 LG Panther uses a 3.5 inch AMOLED capacitive touchscreen display, with a 480 x 800 pixel resolution, a QWERTY keyboard, a 5 megapixel camera with autofocus and LED flash, plus HD video recording @ 720p. There’s also a 1GHz Qualcomm Snapdragon CPU on board, as well as support for HSDPA connectivity, A-GPS, Bluetooth 2.0 with A2DP, WiFi and a 3.5mm audio jack.

LG’s handset also incorporates an accelerometer, a proximity sensor and a Li-Po battery. Panther should hit the market in Q4 2010, but delays can always happen…