Acer just introduced part of its 2013 lineup, that includes the Liquid E1 and the Liquid Z2 handsets. Those are affordable models and actually the Liquid E1 was announced last month, but with MWC 2013 here and some companies rushing to get their products out the door, the phone just got official for the European market. 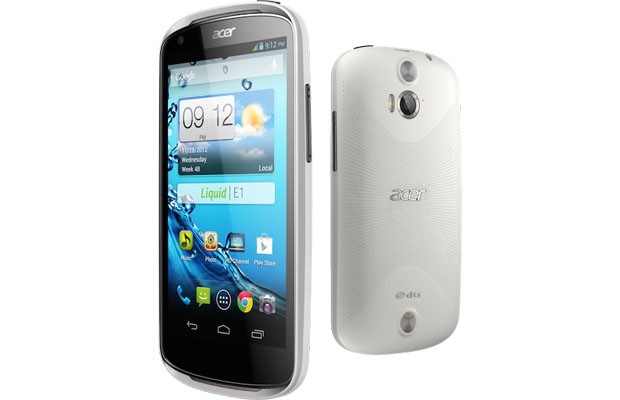 The Liquid E1 and Z2 will be up for purchase in France, Belgium, the Netherlands and Ukraine, followed by Russia, UK and Italy. The E1 features a 4.5 inch qHD IPS screen, a dual core 1 GHz processor and it runs Android 4.1 Jelly Bean. At the back it has a 5 megapixel camera with LED flash and autofocus, while upfront there’s a 0.3 megapixel shooter. Speakers are dual on this device and other features include FM radio, Acer UI 5.0, GPS, WiFi, Bluetooth 3.0, 4 GB of ROM, 1 GB RAM and a microSD card slot.