Since Oppo didn’t deliver on the promise of making a 6.1 mm thick phone, the Alcatel One Touch Idol Ultra is still the world’s thinnest smartphone, at 6.45 mm. Unveiled at CES 2013 and also showcased at MWC 2013, this product got priced in the Philippines and Hong Kong. 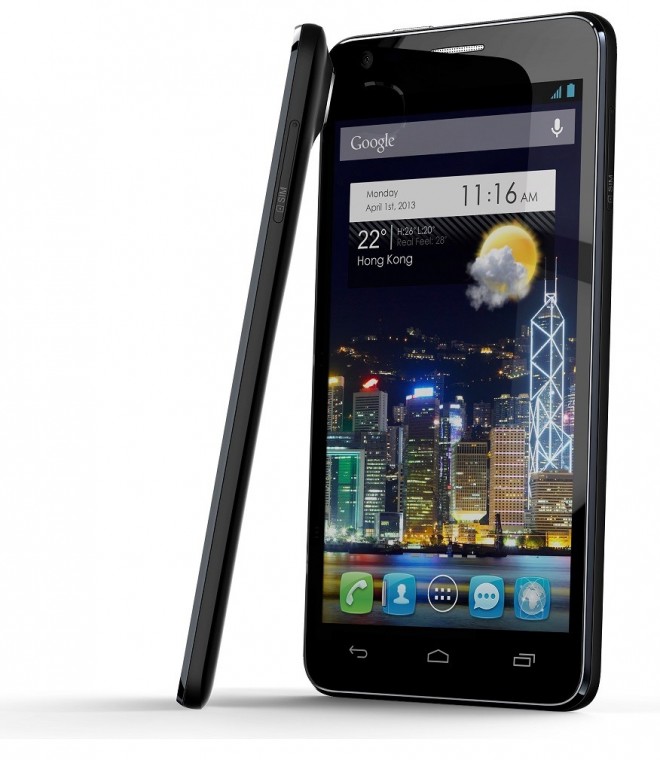 The device goes for $320 in Hong Kong, while in the Philippines it’s available for free on local carrier Sun Cellular contract. The handset has reasonable specs, that fit more in the midrange area than high end, but it’s the waistline that may attract the public, not the power under the hood. We’re also expecting an international debut of the device, probably in the following weeks.

Alcatel One Touch Idol Ultra will come in black, red, yellow, green and turquoise and it weighs 115 grams. It packs an AMOLED capacitive touchscreen with a 4.65 inch diagonal and a resolution of 720 x 1280 pixels, protected by Dragon Trail Glass. There are 16 GB of storage on board, 1 GB of RAM, HSDPA connectivity and an 8 megapixel camera at the back, while inside there’s a dual core 1.2 GHz processor.