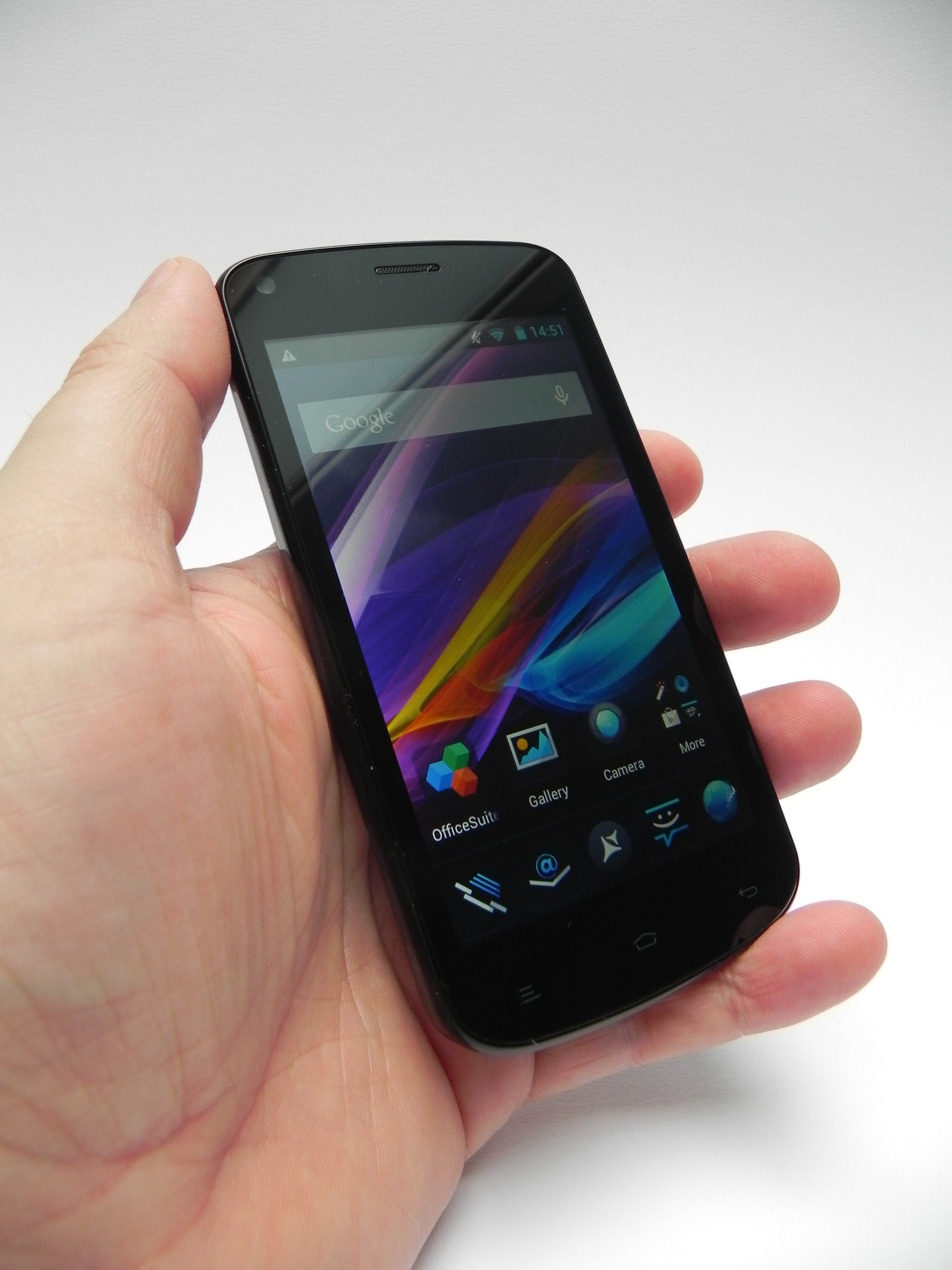 Allview A5 Quad is an affordable quad core handset from Romanian brand Allview and this model debuted back in January with a good $183 price tag. Now it’s probably closer to $150 or even less and this model comes with a dual SIM setup, a bundled back case and BitDefender antivirus on board, plus a screen protection. 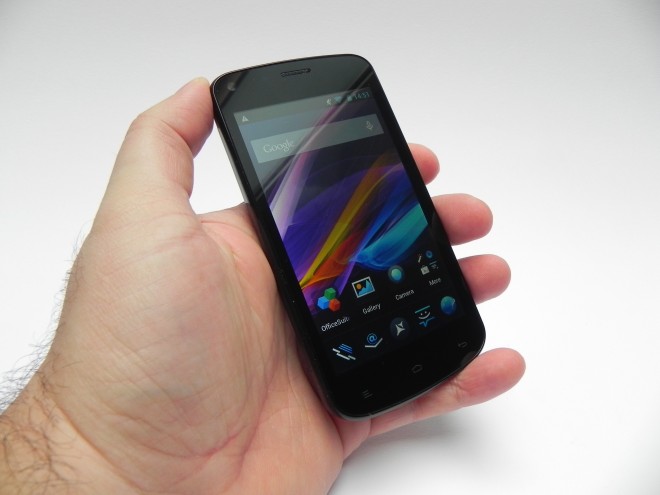 The design involves a removable back cover, that’s easy to remove and this handset measures 10.9 mm in thickness and weighs 153.7 grams. It’s pretty bulky, but it’s easy to use with a single hand. It has a red case that’s slippery and a big screen bezel. The button feedback is good and at the back we find the camera, flash, speaker, while at the top there’s the audio jack. At the bottom we’ve got a microUSB port and on the side there are the buttons. Upfront there’s the webcam, earpiece, capacitive buttons and overall this model is bulky, but solid and easy to use. 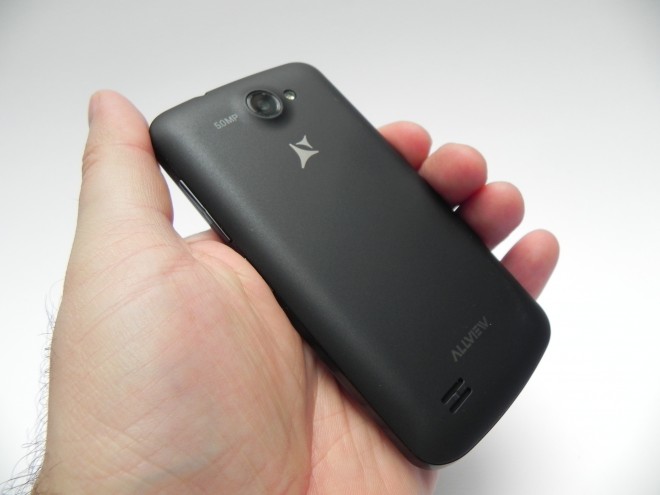 On the connectivity side there’s HSPA+, Bluetooth 4.0, WiFi, WiFi Direct, WiFi Display, microUSB 2.0. Finally, hardware includes an accelerometer, proximity sensor, light sensor and a Li Ion battery with a capacity of 1700 mAh. On paper this battery offers 212 hours of standby or 390 minutes of talk time. In our test, that involves HD video playback with 50% brightness and WiFi on, we achieved 6 hours and 44 minutes, which is very good.

Meanwhile, the Prestigio MutliPhone 5400, a rival phone in the same segment and with the same battery capacity, only achieves 3 hours and 40 minutes. The charging takes 3 hours and 40 minutes for the Allview A5 Quad, which is kind of lot in my book. Overall, the battery is good, I have to mention that. In the settings area you’ll find some power saving options for said battery. 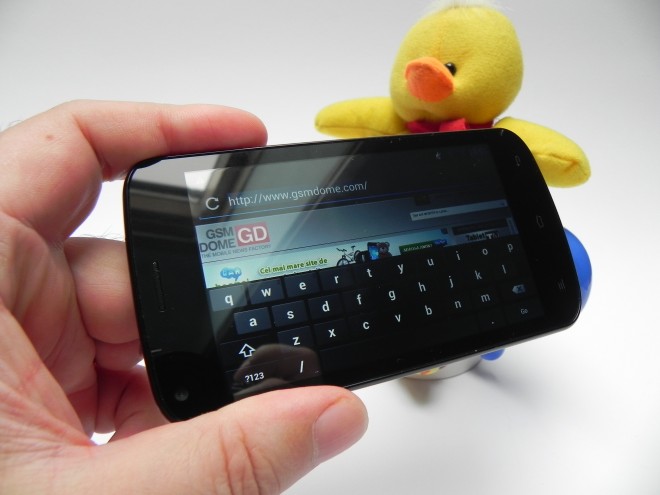 Moving on to audio, we’ve got a loud speaker, that’s also very clear and offers good bass and generally a good sound and warm voice. There’s no EQ here and moving on to the headphones, they aren’t very comfy and they’re rather rigid. The volume is high when using them and the bass is excellent. The voice is very, very good somehow. Finally, there’s FM radio in the mix with the ability to record from it.

On the screen/video segment, we have a video app bundled and the screen is bright, but it doesn’t quite provide wide view angles. We’ve got very vivid colors and this one is a TFT LCD with 288 lux units of brightness. That’s pretty OK and above the Prestigio phone we mentioned before, that only gets to 266 lux. On black we achieved 2 lux units, so the black is not deep. The screen uses RGB Stripe pixels and it’s not great in the sunlight. Overall, it does its job OK. 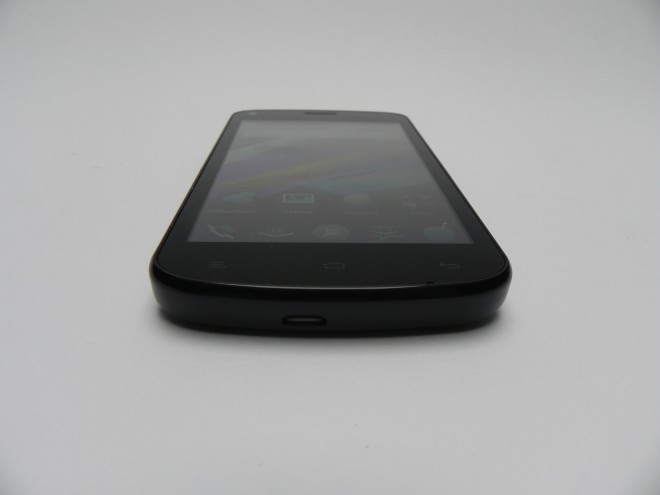 As far as the camera goes, we’re dealing with a 5 megapixel autofocus capable unit, with a OV5648 sensor and LED flash. The UI feels a bit antique and options include Panorama, Eraser, Best Face, Face Beauty, Best Shot, EV Bracket Shot, plus a variety of capture settings, including touch, gesture and smile. We’ve got white balance, color effect, phone booth, HDR, face detection, scenes and burst shots. Then there’s exposure, saturation, brightness, contrast and ISO, up to 1600. You can film in Full HD 30 FPS and the video options included are scene, exposure, audio, contrast and white balance.

The actual pictures offer very good brightness, vivid colors, no oversaturation, good level of detail and this camera also does a pretty nice panorama. Closeups are also pretty good, but overall the pics are a bit too bright. I would say that for a 5 megapixel shooter, these shots are pretty good and as far as the video capture is concerned, the colors are good, exposure is nice and focus is decent. I should say I am pretty impressed by this camera. 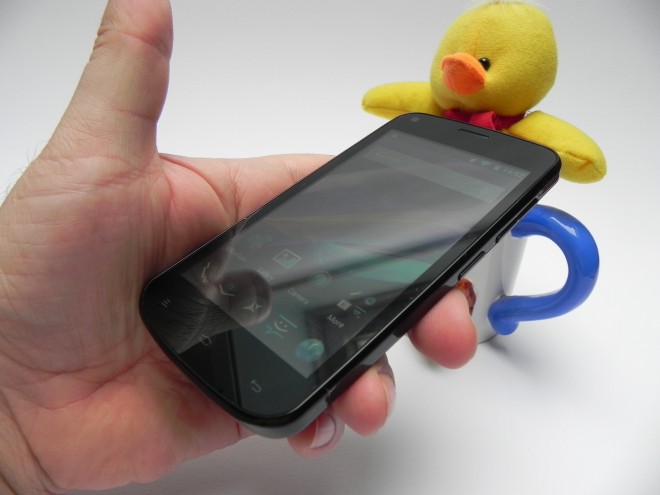 The web browser offers OK speed, good scrolling fluidity and pinch to zoom fluidity. The OS here is Android 4.2.2 and the device reaches a temperature of 34.4 degrees Celsius after 15 minutes of gaming, so there’s no overheating. We also played with some benchmarks here and I compared the Allview A5 Quad with the Prestigio MultiPhone 5400 Duo and the Evolio Happy. In Quadrant we achieved 5921 points, beating the Prestigio model and its 4726 points and also the Evolio Happy and its 3933 points. In AnTuTu we got 16859 points, beating the 10k points of the Prestigio and 13k of the Evolio.

NenaMark 2 brought an unrealistic 62.9 FPS, better than the other rivals, while Vellamo’s score was also good, at 1961, yet again with hundreds of points above the rivals. Finally, the 3DMark test was decent, with 3000 points, below the 3181 of the Evolio Happy and BrowserMark was OK with 2000 points, beating the rivals. This model defeats its rivals in benchmarks and also it doesn’t suffer from lag, by the way.

The phone call is very loud here and we’ve got call hold options, but only for the SIM used for the call. You can custom icons, wallpapers, themes and effects, as we move into the OS and UI area and the notification area looks new for an Allview, like nothing I’ve seen before. The preinstalled apps list includes File Explorer, Phone Accelerate, Power Management, Notes, App Manager, Bitdefender and Office Suite.

And now for the Pros and Cons!