If you’re looking to spend less than $200 on an Android device, that’s also a dual SIM handset, we have an interesting one for testing purposes. I’m talking about Allview P5 Mini, that goes for $180 and it’s shown in the unboxing video below. We’ve previously tested the Allview P5 and this is sort of a dumbed down version of that device. 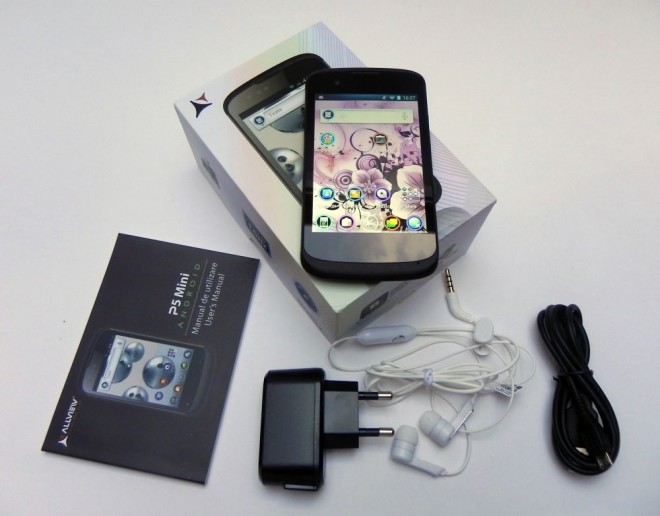 Allview P5 Mini packs a Cortex A9 1 GHz processor and this phone was launched in November, in case you’re wondering. It runs Android 4.0.4 and it’s pretty bulky, at first sight. The phone measures 11.2 mm in thickness and weighs 162.2 grams. The screen here is a TFT LCD one with a 3.95 inch diagonal and a 480 x 320 pixel resolution. Other specs include 4 GB of Flash storage, of which 2 GB are available to the user. 512 MB of RAM are also included, plus FM radio with RDS and a Yamaha audio amplifier.

At the back of the phone there’s a 3.2 megapixel camera without flash and upfront there’s a 0.3 megapixel camera. Bluetooth 3.0 is supported and the battery is a Li-Ion 1700 mAh unit, with 300 minutes of talk time offered. Inside the box we find the manual, USB cable, charger, a screen protector and the battery of the device. We’ll be back with a full review in the following days.