If you follow our site, you probably know that we’ve reviewed quite a bunch of Allview handsets. They are models made by a Romanian company called Allview and usually they’re budget phones. However, in the case of the Allview P6 Stony, we’re moving to a superior segment, that involves higher end specifications. And now let’s see its unboxing! 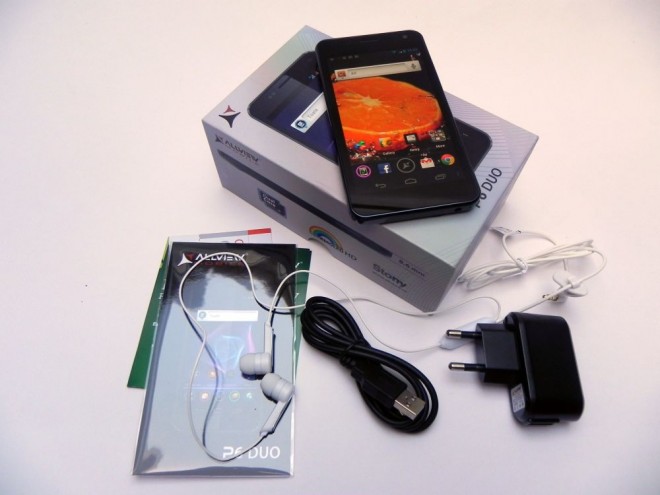 First things first! This is a dual SIM phone with a $440 price tag and it runs Android 4.0.4, plus it relies on a dual core Cortex A9 1 GHz processor. This product was launched in November and it measures 8.6 mm in thickness, plus it weighs 131.3 grams. It packs a 4.65 inch display, a Super AMOLED one with HD resolution and Gorilla Glass protection. There’s also a PowerVR SGX531 GPU on board, as well as 4 GB of flash storage, of which 2 GB are available to the user.

1 GB of RAM is also present here and a 16 GB storage card bundled. GPS, FM radio, DLNA and an 8 megapixel camera round up the specs list, as well as a 1 MP camera upfront. To that we add a Yamaha amplifier for the audio side and a Li-Polymer battery that’s sadly non removable. This is a 2100 mAh battery, good enough for 330 minutes of talk time. We should probably also mention that inside the device’s box there’s a screen protection, code for its preinstalled antivirus, headphones, charger and USB cable. More details in a few days, when we review the handset.