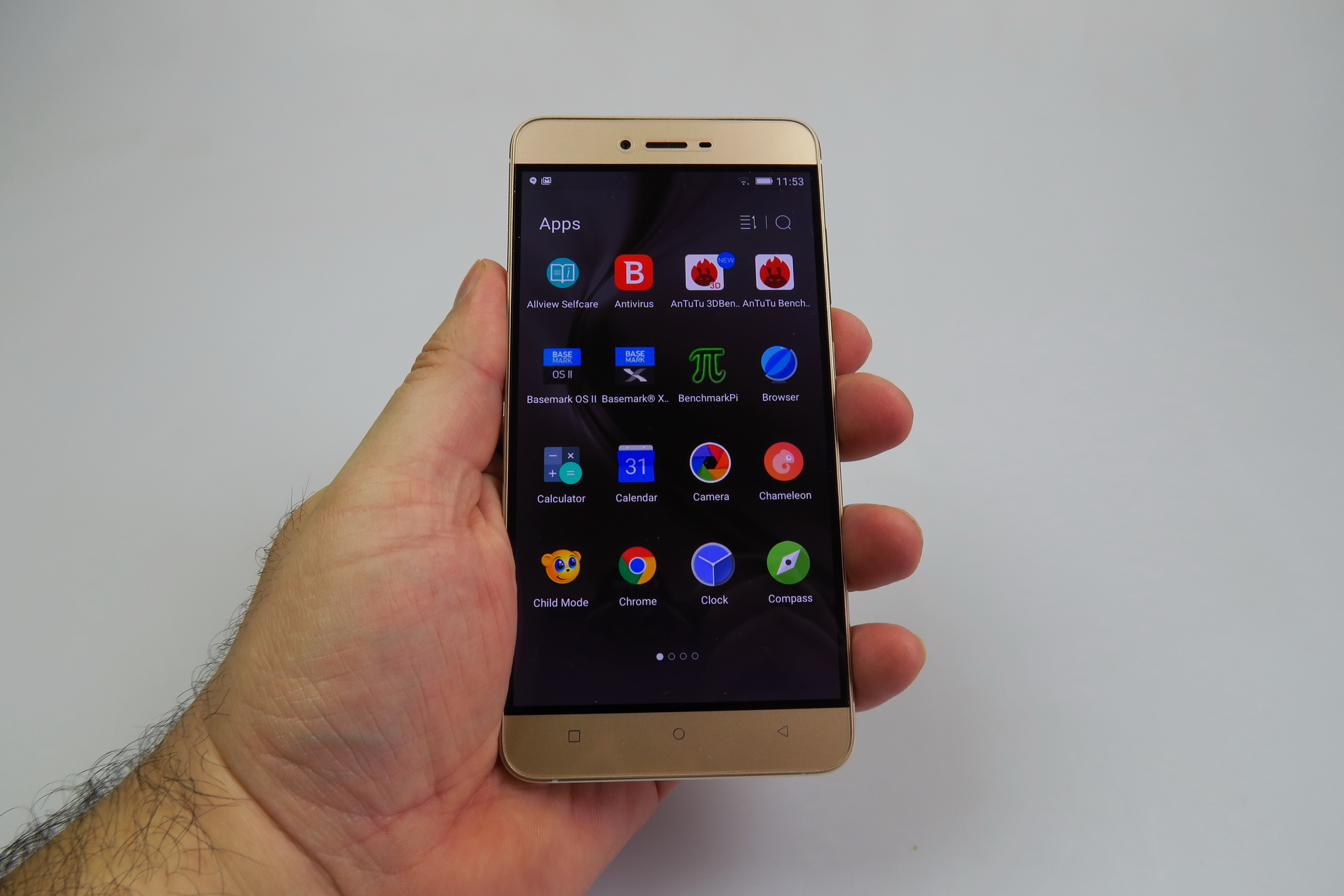 Every week or so we come up with a new Allview handset review and this brand comes from Eastern Europe, Romania and it locally integrates some Gionee devices. This week’s review is focused on the Allview X3 Soul, the localized version of the Gionee S6 and a device that brings a great battery and was seen as an early flagship, till the Allview X3 Soul Pro came. 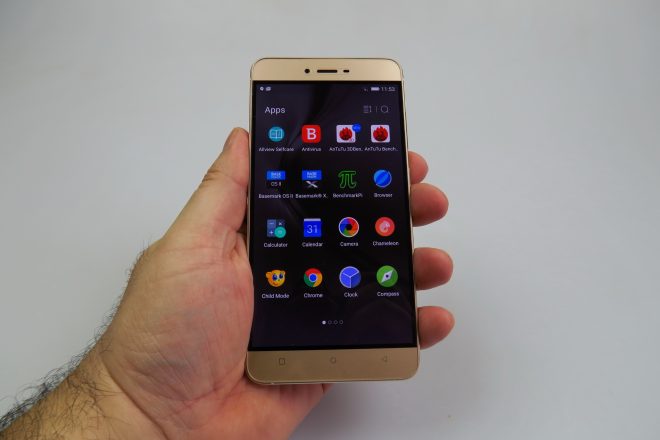 Priced at $300 and launched in November last year, this model gets reviewed by us, after we also reviewed the Allview X3 Soul Mini and recently the Allview X3 Soul Pro. We’re dealing with a slim metal phone, with upper midrange specs. The design involves a chassis made of metal, actually 89% metal according to the maker of the product.

It has an unibody approach and measures just 6.9 mm in thickness, which is exactly the same as the iPhone 6. Allview X3 Soul/Gionee S6 weighs 147.6 grams and this also means it’s slimmer and lighter than the Samsung Galaxy A5 (2016), which is no small feat for a 5.5 incher. It’s still a pretty long phone, so one hand use is not very comfy. 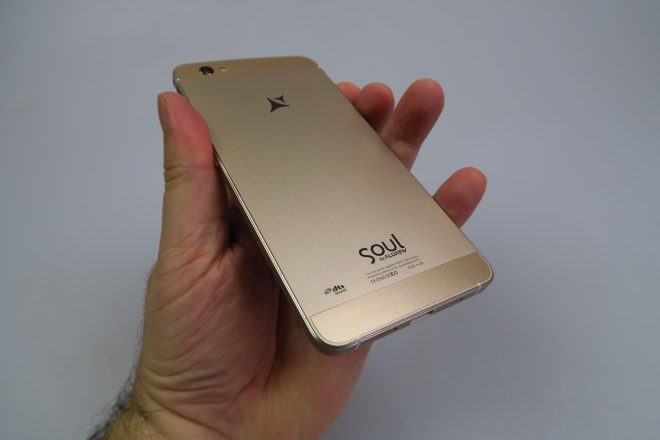 We get a good grip, solid build and the back feels a lot like the iPhone’s, plus the overall design reminds me of the Huawei P8 somehow. It’s an elegant and comfy phone, with narrow bezels and diamond cut sides at 45 degrees. Available in black or gold, the phone has comfy buttons, with good feedback and overall a pretty good design.

Moving on to hardware, this model brings an AMOLED screen made by Samsung, with a diagonal if 5.5 inches and only a resolution of 1280 x 720 pixel sadly. It uses OGS tech and Gorilla Glass 3 and the panel is very similar to the one we saw on the Allview P8 Energy. The video player on board comes with a pop up play feature and DTS, while the viewing experience is crisp, there are vibrant colors in the mix, deep backs and good brightness. 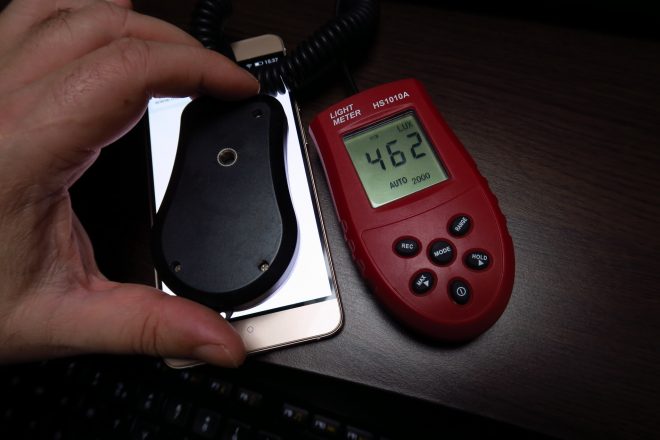 Contrast was quite good in full sunlight and the pixels have an unusual RGB setup, with a blue pixel with two subpixels (one green and one red). This setup was first used on the Galaxy Note 2. We measured the brightness of the panel and got as high as 462 LUX units, which is good, particularly since it beats the values of the Huawei Mate S and LG G4, which is quite nice.

In the Settings area there’s Adaptive Brightness, Economical Backlight, font options, plus LCD Effect, with the options Neutral, Cool and Warm. It’s a very solid screen overall, but too bad for that HD resolution and the big black edges around the image. The CPU inside this smartphone is an octa core MediaTek MT6753, clocked at 1.3 GHz and using 28 nm and 64 bit tech. 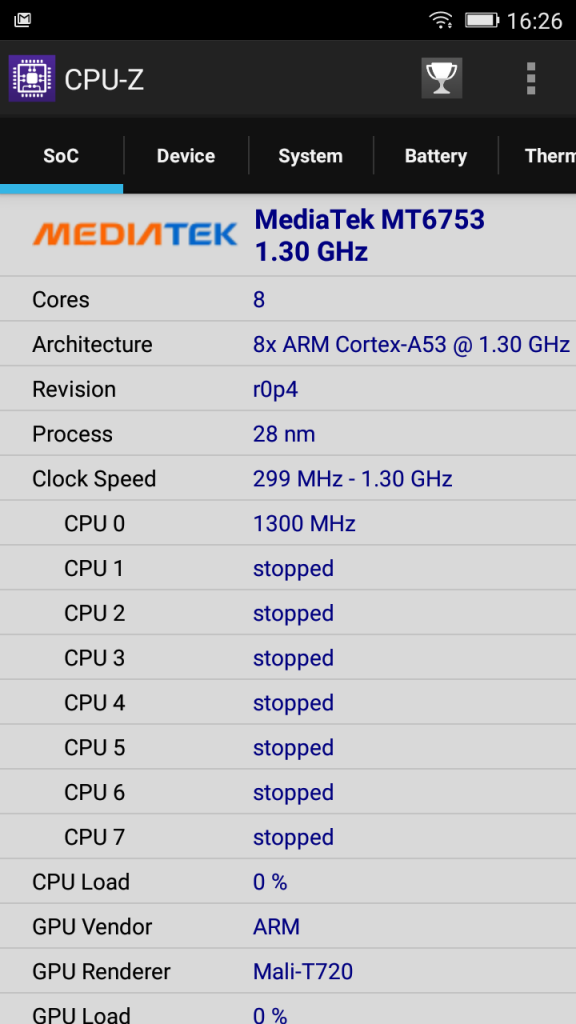 Launched in the fall of 2014, this is not exactly a new CPU. It involves a Mali T720 GPU, 3 GB of RAM and 32 GB of storage. There’s also a microSD card slot in the mix, with support for up to 128 GB and replacing one of the SIM slots. The phone has no lag and comes with a fluid functioning, plus good performance. It runs a demanding game like NOVA 3 without problems for example.

In benchmarks we managed to beat the Samsung Galaxy A7 (2016) in AnTutu 6, but got modest 3DMark results, scoring below the Allview X2 Soul, which is the predecessor of this model. Well, at least we beat the HTC One A9 in GFXBench. Overall the performance was OK and so was the temperature test, with 35.8 degrees Celsius achieved after 15 minutes of playing the game Riptide GP2, so there’s no overheating here. 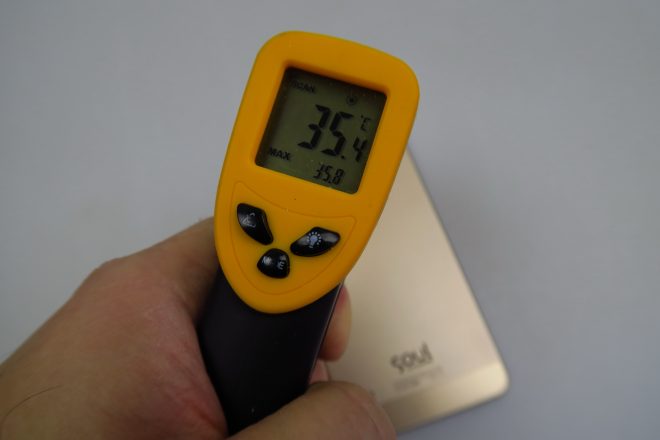 It’s time to discuss the acoustics now. So, we’re getting two grilles at the bottom, but only the right one is an actual speaker. We’ve got Music and Play Music as players and there’s also a volume strenghten feature, for an extra bit of boost. The equalizer also has DTS options, special headphone settings, genre presets and 5 slides to tweak various frequencies.

The listening experience brought a so-so volume and bass didn’t feel strong. Clarity was rather good and the sound feels that it needs more strength. The headphones are comfy, not very loud, but they have an OK bass and a big remote, without volume buttons for some reason. There’s FM radio and when we did a decibelmeter test, we got to 78.2 dBA, which is pretty weak and below the Huawei P8 and Evolio Neos phones. 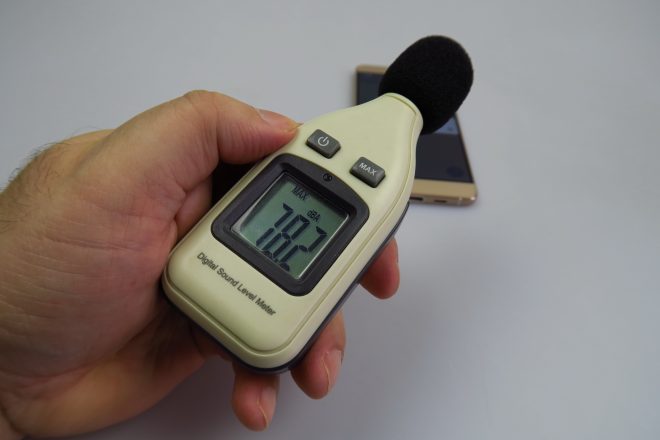 At least it beats the first gen Galaxy A5. Now let’s talk about the camera. Allview X3 Soul packs a 13 megapixel shooter at the back, with LED flash, PDAF and F/2.0 aperture. It does 0.1 second focus and the main sensor is a Samsung S5K3M2, also present on the Xiaomi Mi4C and OnePlus X. The front side features a 5 megapixel shooter.

The camera app starts up pretty fat, but the focus is rather slow. Zoom is fluid and goes up to 4X, while picture taking is also fast. The UI is typical for an Allview device and features include Super Photo, GIF, Picnote, Pro, Magic Focus, Panorama and HDR. The Pro mode brings options like exposure, ISO, focus, white balance, focus and shutter. 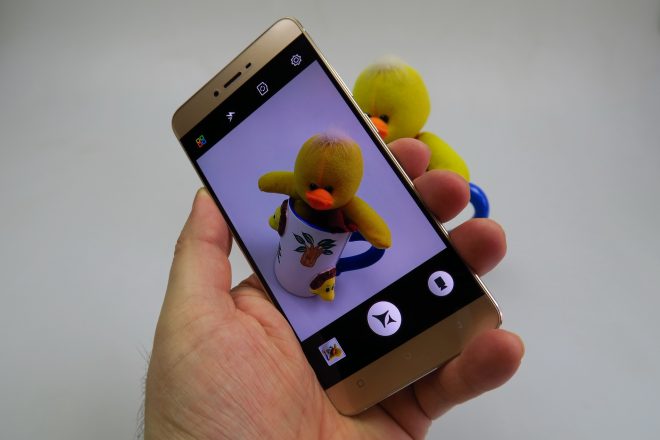 The gallery of shots we’ve taken with the smartphone was done on a sunny March day and registered great colors and clarity. You have to have patience to focus, that’s important. Selfies are OK, but a bit too white for my taste. We zoomed into some landscape shots and found they don’t have enough details to stand out. Still, the clarity was OK in landscape shots. Panorama was modest, with a resolution of 4656 x 1168 pixels and we had a nice focus when we played around that metal acorn using the Magic Focus option.

Super Photo mode took the resolution up to 9312 x 6976 pixels, thanks to interpolation, but felt very artificial. The focus was great and closeups were also very nice. We had some very nice flower textures, good exposure and a pretty decent HDR. There’s some oversaturation of colors and the green feels out of this world, artificial. 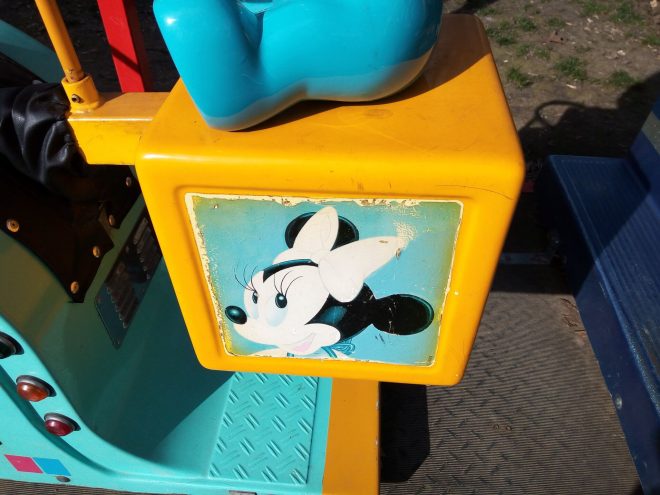 Low light capture is reasonable, rather blurred without flash and OK with flash. Colors are good and I feel that this model is superior to a Galaxy S4, but not to a Galaxy S5 for example. It also beats an HTC Desire 820 for example and feels on par with the Allview P8 Energy, but with better exposure. After all it has the same camera sensor.

As far as video capture is concerned, we filmed in Full HD, at 30 FPS, in MP4 format with a bitrate of 14 Mbps. The result was sadly not very clear, a bit shaky and had poor exposure. The colors were OK and so was the microphone, but not more. There was heavy quality loss when zooming in though. Also, when we shot video at a distance from the subject, the lack of clarity became a problem.

In low light conditions, things got pretty bad, with 16 FPS frame rate and 9 Mbps bitrate. Vids looked poor and grainy. Honestly, my iPhone 5 films better than that. Overall, video capture felt more like HD on a bad day than Full HD, so that’s not a strength of the phone. The web browser on board was fast, but got poor results in benchmarks.

The virtual keyboard is the stock one and has comfy keys. On the connectivity front, the Allview X3 Soul/ Gionee S6 has 4G LTE with up to 150 Mbps download speed available, plus Bluetooth 4.0, WiFi 802.11 b/g/n, WiFi Direct, USB Type C and dual SIM slots. One is a microSIM and other a nano SIM. Then there’s HotKnot technology, GPS and HD voice. 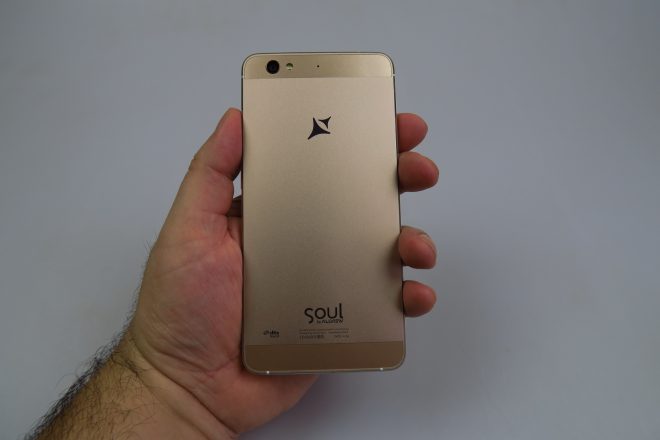 Calls had good signal, OK voice quality and they were quite loud. The Speedtest brought us a download value of 24 Mbps and upload of 22 Mbps at least connected to our router, on a Deutsche Telekom plan of 100 Mbps. Now let’s talk about the battery. Gionee S6 / X3 Soul offers a 3150 mAh Li-Po power source, able to provide us with 12 hours and 1 minute of HD video playback, an excellent value, surpassing the likes of the Galaxy Note 5 for example. 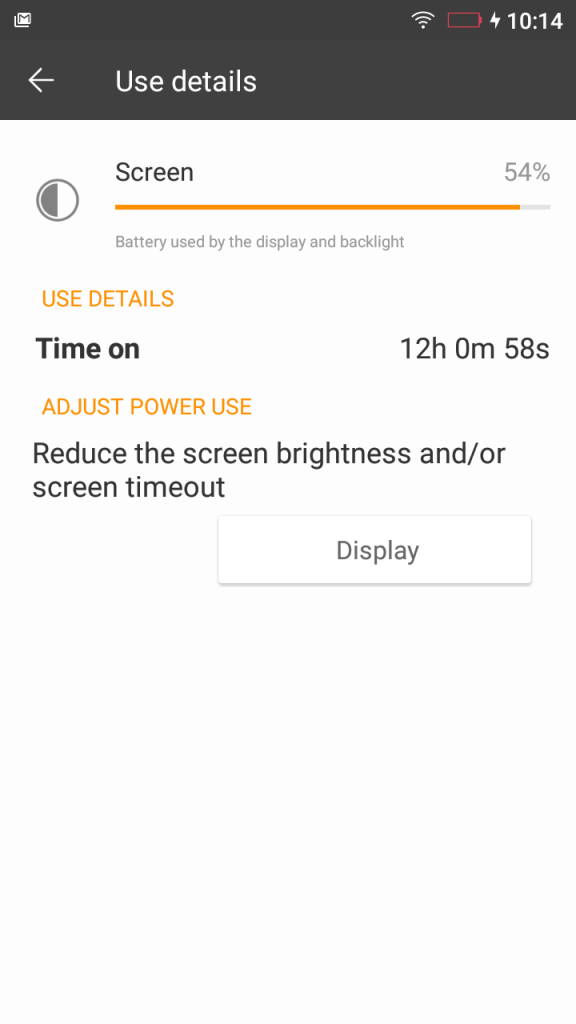 We also reach the same level with the iPhone 6 Plus and surpass the Galaxy S6 Edge+. In PCMark the result was also good, with 8 hours and 31 minutes, which is great and surpasses the Galaxy Note 6 and S6 Edge+ again. The charging requires 2 hours and 17 minutes, so it’s OK. Settings of the battery involve the Power Manager, with sub settings like Normal, Power Save Extreme Power Save, Power Save at Night and Standby Power Save.

Overall a great battery and now let’s talk about the software. This smartphone runs Android 5.1 Lollipop, in its stock version with some tweaks. There are nice widgets in the mix, a multitasking carousel and the option to swipe down for notifications in the dropdown area, plus swipe up for Quick Settings and 4 function shortcuts. 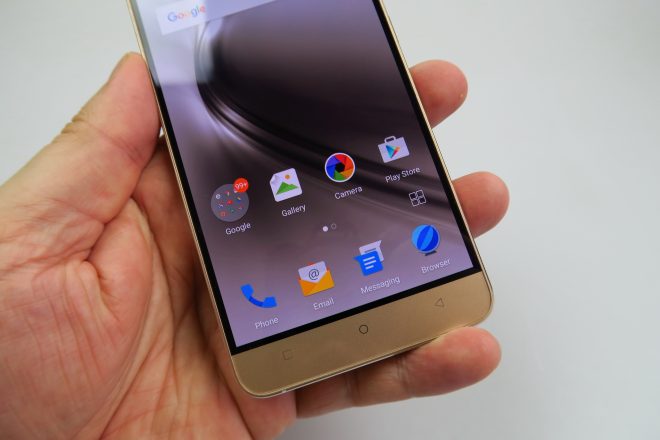 Settings include Smart Gestures, Smart dial and you can also draw patterns to trigger various apps and features. Then there’s the Suspend button floating widget for extra virtual buttons. The preinstalled apps list is a bit crowded, with 46 names on it. Those included Bitdefender, Child Mode and Chameleon, Plus System Manager.

Time for the verdict!

So here are the Pros:

The Gionee S6, locally integrated in Eastern Europe as Allview X3 Soul can still be perceived as a solid Galaxy A7 (2016) rival, plus a Huawei P8 rival, but not in the camera area. Too bad for the HD screen and video capture, but the battery remains a strong suit here. Couple that with a slim case and you’ve got a solid multimedia consumption product.

It’s potentially the best phone with a thickness below 7 mm battery-wise. The updated price is here.