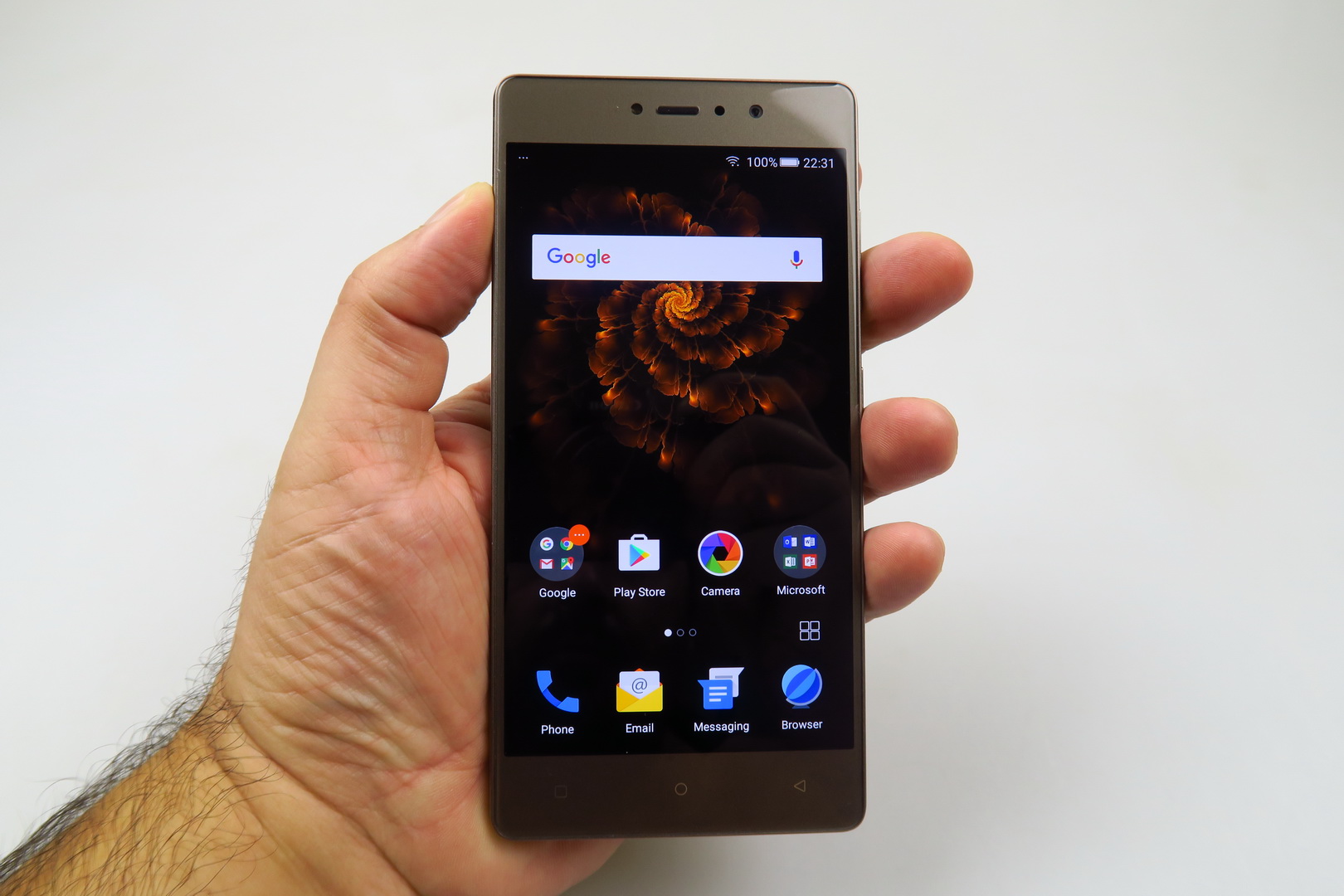 There’s no shortage of midrange handsets this time of the year and today we detail the review of the Allview X3 Soul Style, a localized Romanian version of a model also known as the Gionee S6S. Launched in June 2016, this is a powerful selfie phone, with stylish design and HiFi music support. It’s priced at $300 and let’s if it’s worth your pennies. 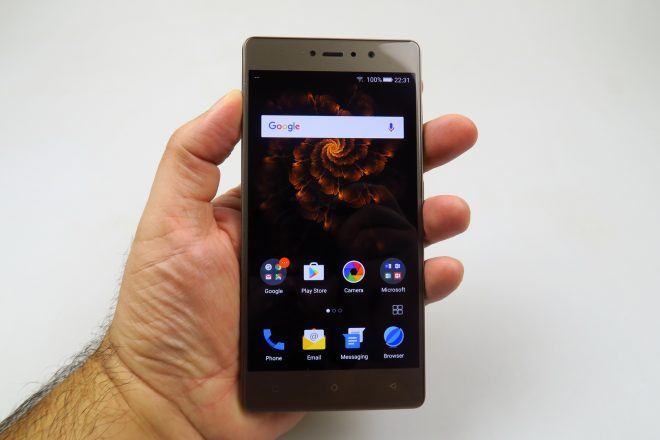 This model has a unibody metal case and it’s a 5.5 incher, available in gold or grey. It measures 8.15 mm in thickness, weighs 162.2 grams and when compared to the likes of the Huawei Mate S for example, this model is a bit beefier for sure. It’s slimmer than the Huawei Honor 7 at least and comes with a good looking 2.5D glass panel upfront.

It’s an elegant phone, with a magnesium chassis and OK one hand usage. Its buttons provide good feedback and the back is slightly curved. The build and frame are solid and sides are angular, but they won’t bother your handling. Seem from the front, this model feels a tad like a LeEco Le 1S model. It’s got good grip, it’s comfy and elegant and has a solid build. 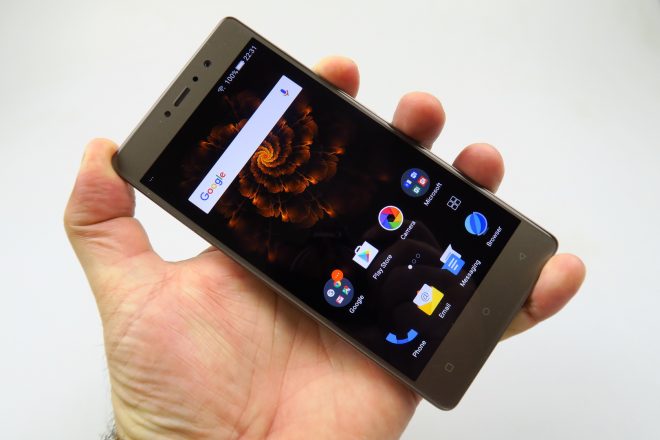 The display on the Gionee S6S/Allview X3 Soul Style is a 5.5 incher, with an IPS LCD panel, Full HD resolution and Gorilla Glass 3 protection. There’s also a 2.5D glass panel in the mix, with reasonably slim bezels. The video player on offer here has DTS acoustics support, a pop up play feature and a screenshot function. The viewing experience involved a bright and crisp image and the I felt the colors were calibrated OK.

Contrast was rather mediocre, but view angles were wide. There’s no big black edge around the image, like I’ve seen on other handsets with curved panels upfront. Pixels have an RGB Stripes setup and then we did a luxmeter test, that revealed a value of 400 LUX units, which is OK, but it certainly breaks no records. It does surpass the Sony Xperia Z5 Premium or LG G5, but scores below the Orange Dive 71 and Allview X3 Soul Mini. 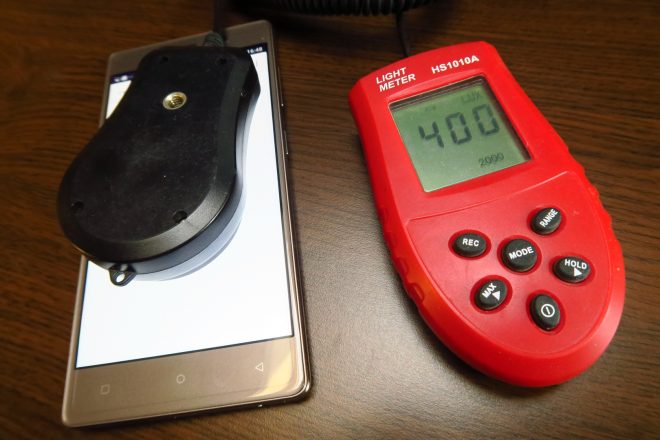 Settings include Adaptive Brightness, Economical Backlight, font style and size and multitasking style (card or native). It’s a good display overall. As far as the CPU goes, we get an octa core MediaTek MT6753 CPU, clocked at 1.3 GHz, together with 3 GB of RAM and 32 GB of storage. There’s also a microSD card slot, that alternates with one of the SIM slots.

The apps start up fast, there’s no lag and the UI is fluid. We could run Riptide GP2 fluidly and the benchmarks like AnTuTu 6 had us surpassing the Galaxy A3 (2016), which is not bad. Quadrant beat the X3 Soul Plus and it was close to the result of Vernee Thor. 3DMark’s result beat UMi Touch. The temperature test revealed a result of 35.8 degrees Celsius after running GFXBench and 42.4 degres after playing Riptide GP2. 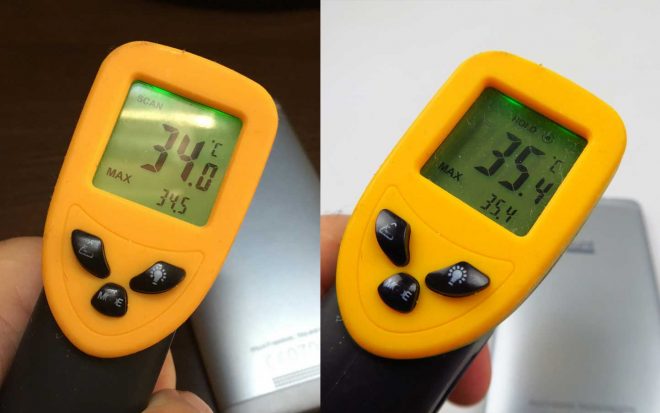 There’s only a slight increase in temperature here, but not exactly overheating. Moving on to the battery, we’ve got a Li-Po unit with a 3150 mAh capacity and a charger of 5V/2A is bundled. On paper we are promised 225 hours of standby and 890 minutes of talk time. Video playback time is 7 hours and 56 minutes, according to our test and frankly it could be better for this battery capacity.

It surpasses the P9 Lite and Huawei Honor 7, but scores below the Huawei Honor 4X and Allview X3 Soul Mini. In PCMark, a continuous battery test we achieved 6 hours and 57 minutes, which is a solid result, above the Nexus 6P, Galaxy S6 Edge, but below the X3 Soul and X3 Soul Pro from Allview. Charging is done in 2 hours and 11 minutes, which is quite OK and beats the iPhone SE and X3 Soul. 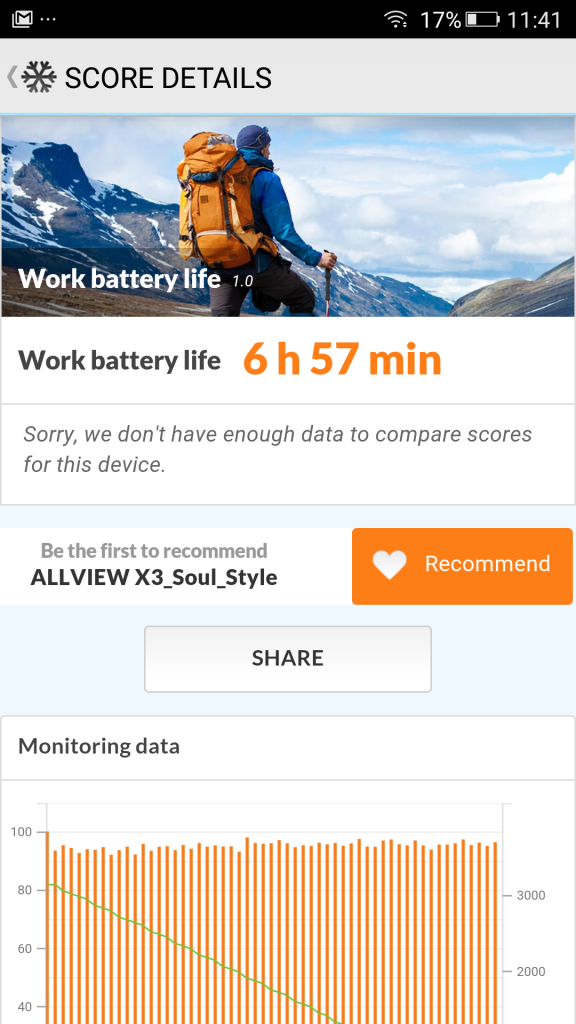 Settings include a Power Manager, with a Normal Mode, Power Saving More and Extreme Power Saving Mode. The latter has a black/white theme and the other modes also include a dark theme to save juice. We’ve also got Smart Power Saving at Night, Battery Optimization and overall it was a mixed battery experience. Acoustics include DTS technology and there’s a back speaker here.

The music player on board has a classic equalizer, with options related to genres, like Dance, Folk, Heavy Metal, Jazz and more. There’s also 5 frequencies to tweak here, with sliders. Headphone-related options are Standard, Ears Headset, DTS Focus, DTS Trubass, DTS Space, DTS Definition and DTS Center. The experience was actually pretty loud, the sound was crisp and we had a good bass, no distortion and a good guitar rendering. 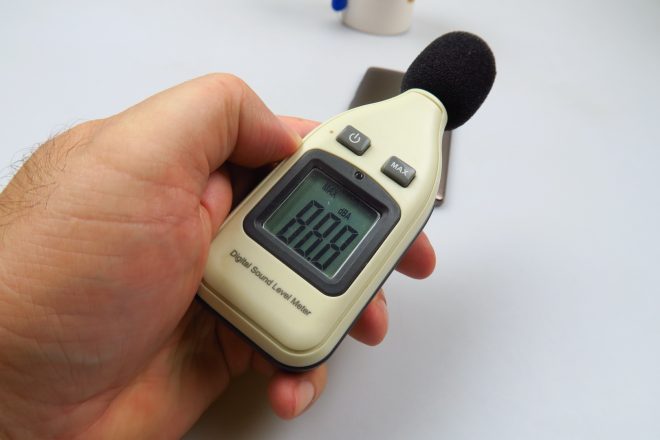 The phone was muffled on a flat surface and when it came to the decibelmeter test, we achieved 79.1 dBA at the front of the device and 88.8 dBA at the back, which is a huge difference. It surpasses the LG G4 and LG G5 and the Galaxy Note 4. Headphones are the typical Allview type, comfy, loud, clear and have a good bass and good isolation.

FM radio is also here, with a recording feature. Acoustics are good, minus the muffling. Now let’s move on to the camera. We’ve got a 13 megapixel back shooter, with a Sony IMX258 sensor here, F/2.0 aperture and Exmor RS tech. There are 5 lenses in the mix, an UV filter, PDAF and this sensor is actually the same as the one from the OnePlus X, Xperia XA and Xiaomi Mi 4c. 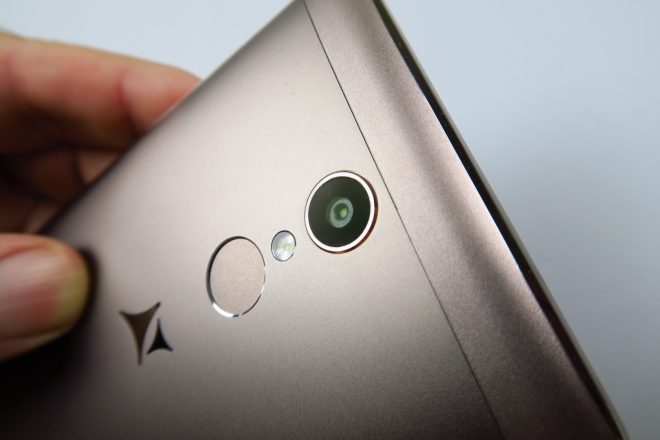 The right side of the UI features options like effects, face beauty, anti shake and scenes. The gallery of shots taken during the day involves shots from a sunny day actually, plus some taken inside a freshly inaugurated mall. Colors are pretty realistic, brightness and focus are good. Details are good in landscape shots and we have a great texture of walls caught on shots. 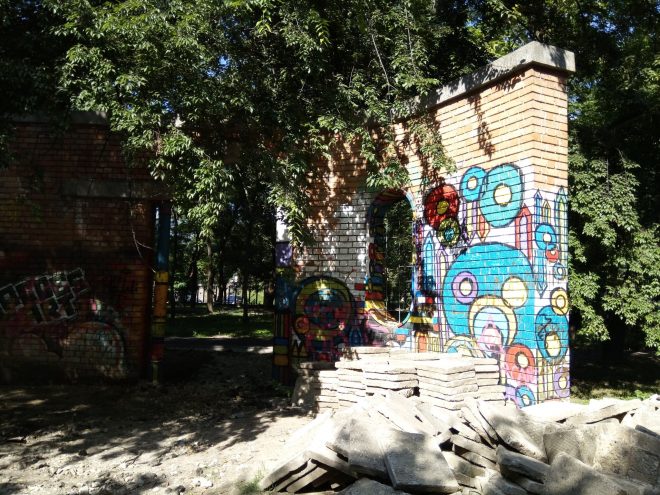 The strong sun makes some of the images a bit too white, but the HDR was actually great, as shown by those “UFOs” inside the mall. You should always be careful to focus properly on a shot, otherwise blur may happen. Panorama was small, at 6848 x 1792 pixels, but clarity was OK. Super Photo involves huge amount of details for that metal wire statue.

The colorful toys in the park looked great and there are some dynamic range problems here. It all happens when the light meets the darkness. Zoom quality is also good, on that orange ball. Selfies are very good and impressive, both in skin and hair texture, but also clarity. I’d even dare to place this selfie cam in top 5 from all the models we’ve tested. 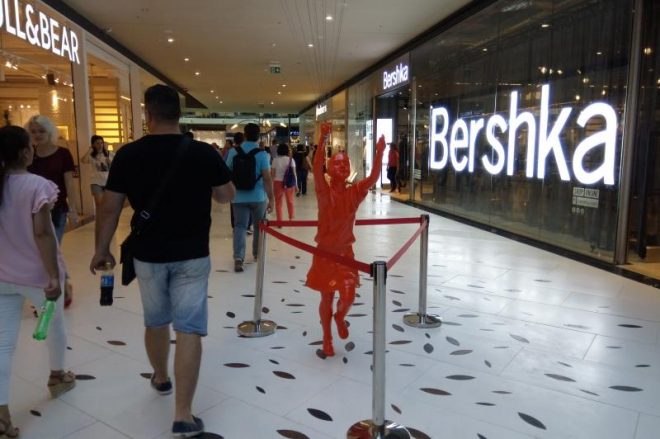 We also had nice closeups of red flowers and honestly speaking, the macro mode was a bit unimpressive, when it came to using it. Auto spurred better macros. Patience to focus is key and we did have 10+ blurred shots, so this is not a perfect gallery. If I were to make a comparison, I’d say the quality of the shots is similar to the one of those taken with the Huawei Honor 5X.

It’s also slightly below the Samsung Galaxy A5 (2016) and above the Ulefone and Vernee models we tested recently. Low light photographs featured a strong flash, big street light halos, yellowish and blurred areas and they weren’t very clear or clean. Colors were OK, but the grain was an issue. Some of the building and monument textures in the night shots were OK, but overall it felt weak. 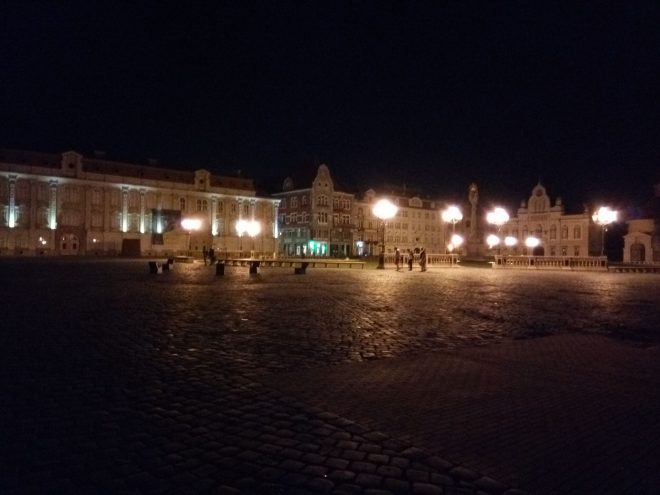 Video capture happened in MP4 format, at 30 FPS and with a bitrate of 17 Mbps. The microphone was good and zoom quality was quite fine, not losing many details. Colors were very well calibrated and we have a nice exposure change. The image is not shaky and we have very rare refocusing and once again a very good microphone.  Sometimes there was a sudden refocus.

I have to admit that the device is good when it comes to video capture and it surpasses most Huawei Honor phones and ASUS ZenFone models. Low light videos drop down to 16 FPS and 9 Mbps, but clarity remains OK. However, the clips are shaky, street light halos are big, but colors were fine. In theory this cam is good for concerts, but it takes long practice to really appreciate it.

The web browser preinstalled on the Gionee S6S offers an OK loading speed, low benchmarks and the keyboard is a stock one. On the connectivity front, there’s LTE Category 4, with up to 150 Mbps download speed, HSDPA at 21 Mbps in download, Bluetooth 4.0, WiFi 802.11 b/g/n, WiFi Direct and microUSB 2.0. There are 2 slots here, a micro SIM and nano SIM, while the connectivity options also include GPS and HD voice.

The dialer includes a blacklist feature, speed dial and the calls were loud and clear, with the signal being OK. The Speedtest revealed 64 Mbps in download on 4G and 42 Mbps in upload, pretty OK results, while the WiFi test showed 69 Mbps in download and 25 Mbps in upload, but I’ve seen better on this front. This smartphone runs Android 6.0 Marshmallow, in a version customized by Allview. 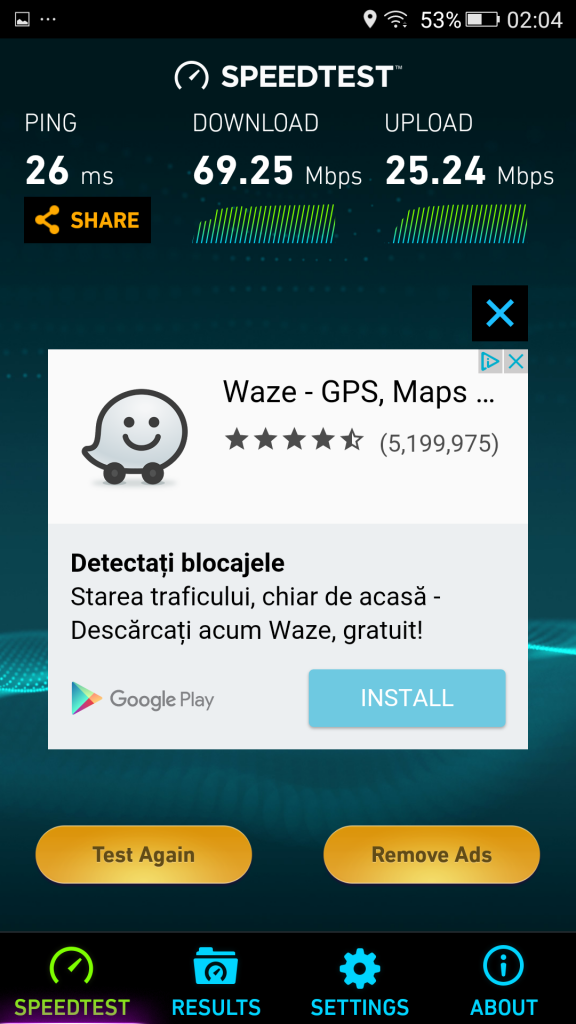 We get inspirational messages on the lockscreen, which we can tap to access a variety of sites. The dropdown bit offers notifications, while a swipe up shots the Control Center, with options like Super Screenshot, Fake Call and connectivity toggles. Multitasking is offered as a carousel and if you keep the homescreen pressed you can access apps, widgets and effects, some extras from the stock version.

Settings include Do Not Disturb, a Guest Mode, Encryption and the fingerprint scanner offers an OK setup time, very fast unlocking (truly very fast). Allview X3 Soul Style provides Smart Gestures, the typical kind like flip back to stop arlam, draw patterns and double tap to open apps and start screen. There’s also Suspend Button for a floating widget and a swipe up on the homescreen offers functions like Launcher Theme, edit desktop, wallpaper and loop gesture. Interesting aspects of the OS include Private Apps, Private Gallery and a trash section for deleted shots. 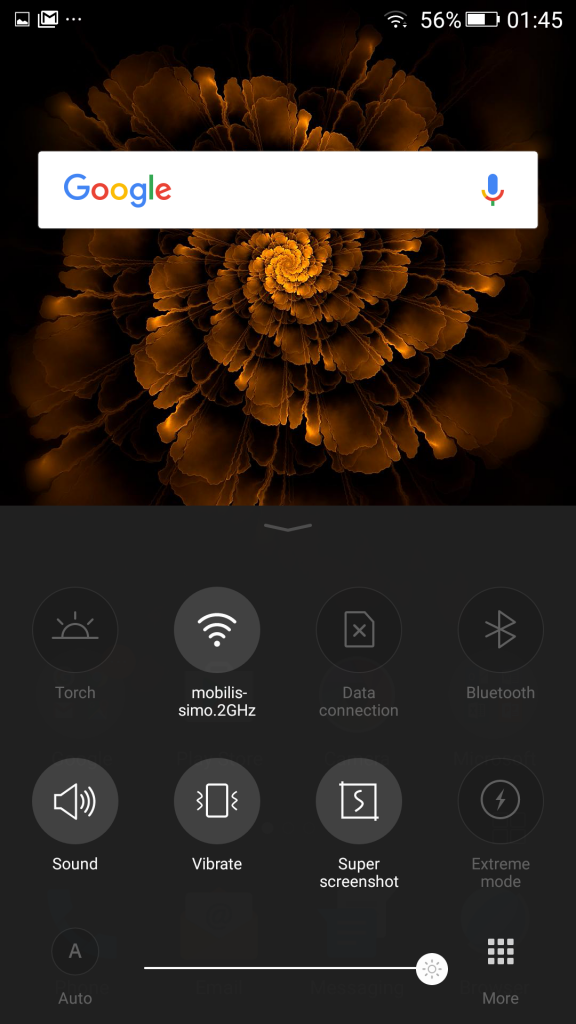 The preinstalled app list is simply huge, with 54 names to mention, which is clearly bloatware. We’ve got the Microsoft Office package, with the likes of Outlook, Word, Excel and PowerPoint preinstalled, plus there’s the tourism app Travel Service, Bitdefender Mobile Security, Child Mode, Chameleon, Facebook, Skype and Video Editor.

And now it’s time for the verdict! The Gionee S6S gets the following conclusions: 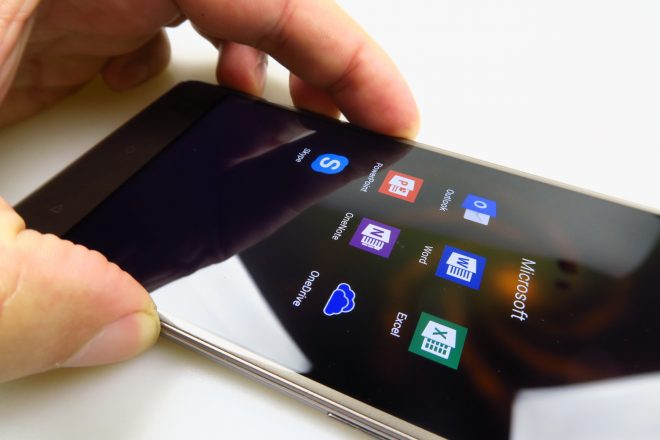 It remains a well balanced phone for $300 and it beats the Chinese made devices we’ve been testing lately, when it comes to camera and performance. Battery could be better, but since this model is good for pretty much everything, compromises are kept to a minimum. From games to filming and Facebooking, as well as selfies and media playback, everything is well covered.

It’s a solid Galaxy A and Huawei Honor rival, plus a rival for all those sub $200 handsets from China that sometimes don’t deliver according to expectations.