We’re ready to take things to a new level, so if Nokia N8 and its 12 megapixels aren’t enough, you can always pick up an Altek Leo. This 14 megapixel cameraphone runs Android and it’s supposed to debut in Q4 for $499. The device was shown at CommunicAsia 2010 and you can see it in action at the end of this article. 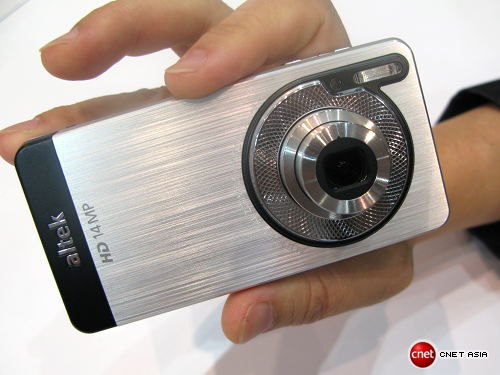 Leo runs Android 2.1, with a Froyo update coming soon and as far as we know, the cameraphone features a 1/2.3 inch CCD and a Xenon flash, dedicated zoom controls and a couple of specific Android apps. China, Hong Kong and Taiwan will be the first countries to get the phone and we’re really curious to see some images shot with its camera.

Here’s the handset in action: