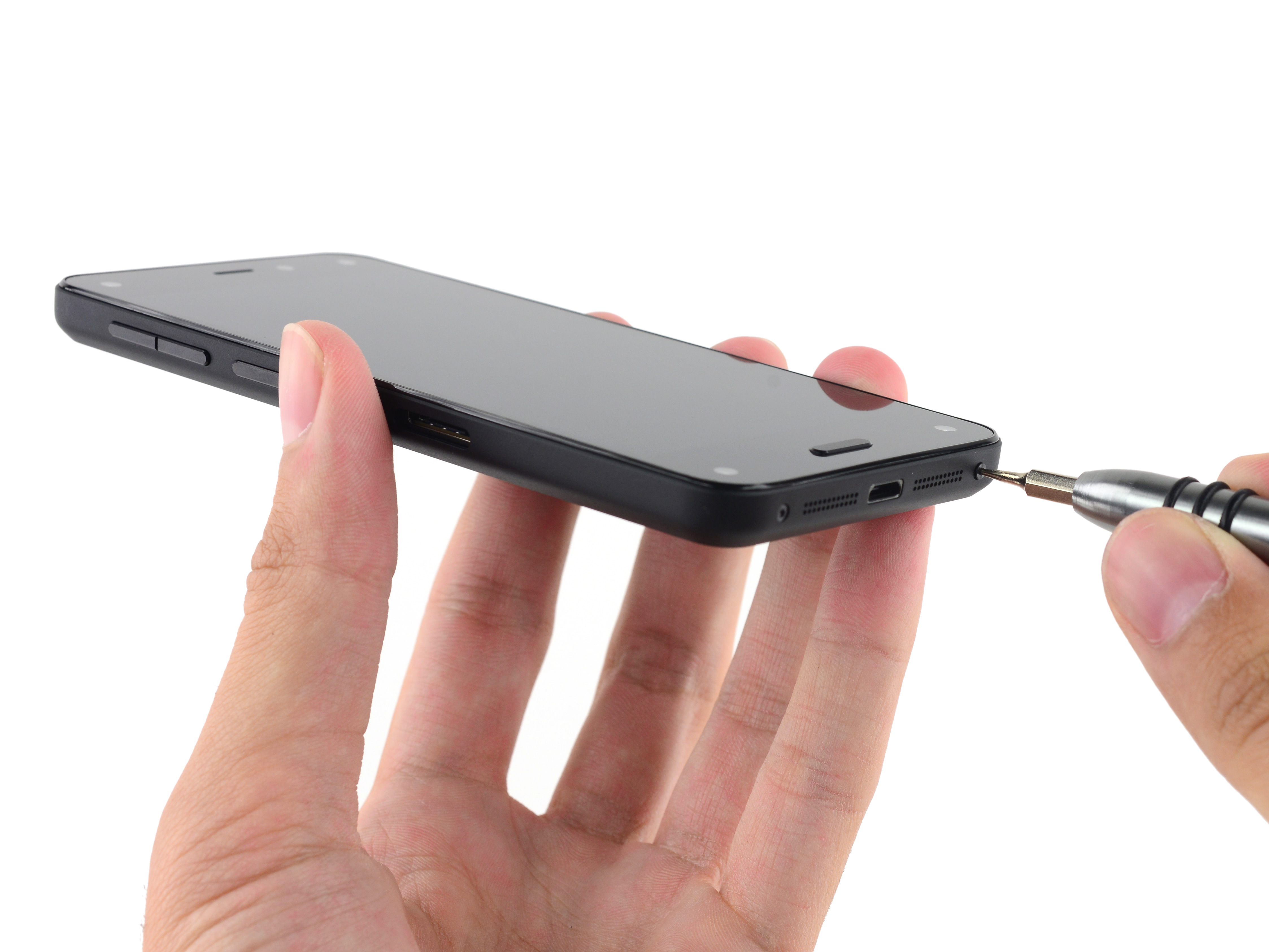 As you may now, the guys from iFixit tend to put on a little dissassembly test all the new phones that are launched on the market. Their new victim is the Amazon Fire Phone, a device that packs a 4.7-inch IPS display and four front-facing VGA cameras that are offering a 3D Dynamic Perspective to the users. 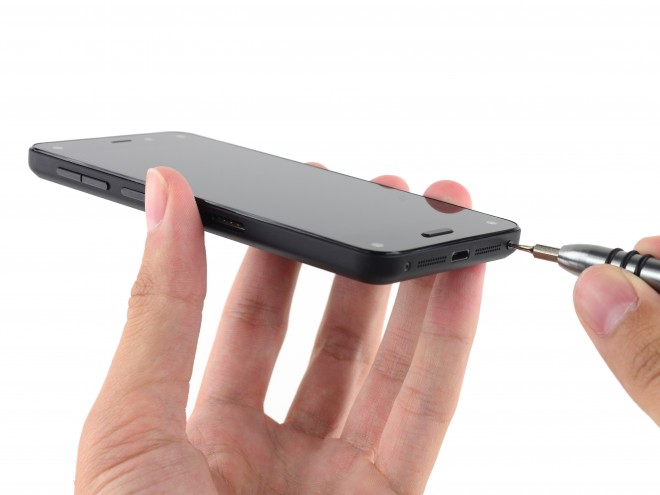 Even if the teardown process started pretty good thanks to the two external screws, then the things started to get a little bit hard. The first problem encountered was the battery that was glued on the case, the operation proving to be more difficult that it seem at first sight. 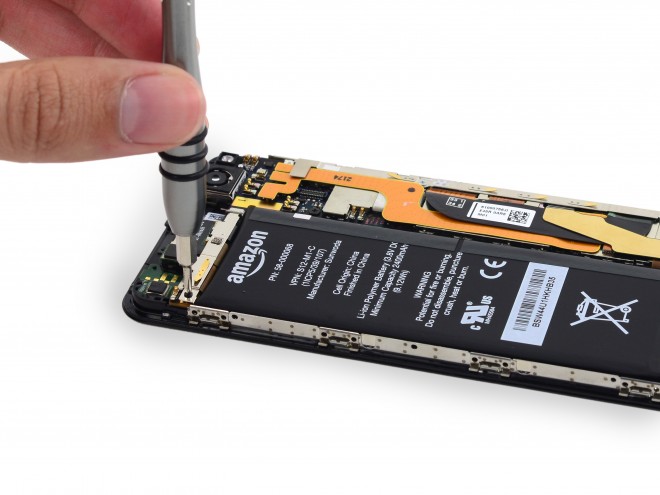 Also, the four front-facing cameras that offer the 3D Dynamic Perspective were glued, thing that required heating that material to release the camera sensors without breaking other components. Another thing that contributed to this difficult teardown were the cables and the connectors. 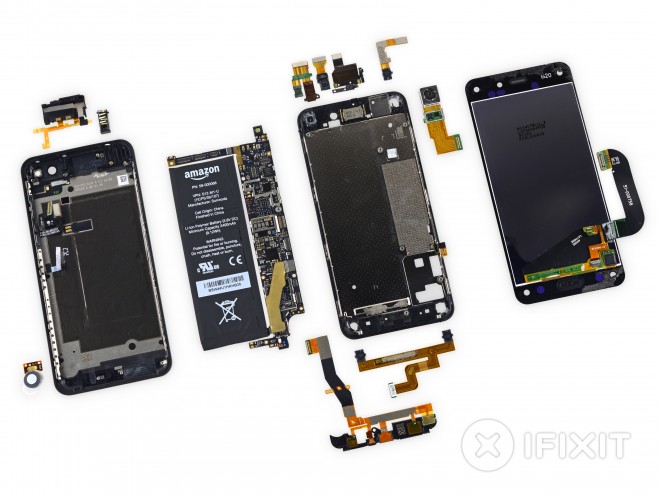 Getting to the final of this test, the iFixit team gave a 3 out of 10 grade for Amazon Fire Phone, 10 being the highest rank in terms of repairability, and 1 being the lowest rank gave for that devices where you must spend hours to put the components back together.