The folks of Boy Genius Report have managed to get their hands on a pretty hot scoop, Android 2.0 to be more precise, with tons of details and screenshots to go with it. The new Google OS will come with native Exchange support and native Facebook as well, syncing perfectly with your contacts, plus tons of other improvements, available after the break. 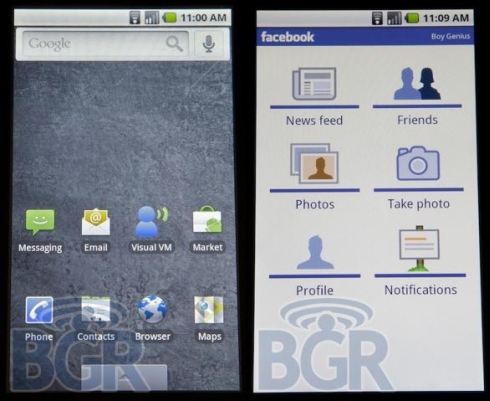 Among the enhancements there are also browser improvements, an upgraded Maps app, an unified email Inbox and a complete makeover of the user interface. What you can see in these images is not the final build of Android 2.0, so things might change before the release of Donut’s follow-up. The new unified Inbox will be ideal for storing both personal and corporate email and you should know that mails will load without lag.

The Maps app available in Android 2.0 now includes Layers, allowing users to overlay search queries, Latitude friends, Wikipedia entries and more such features. It seems that the new Android supports multi-touch gestures, as a built-in function so, for example, you’ll be getting two-finger tapping in Maps. 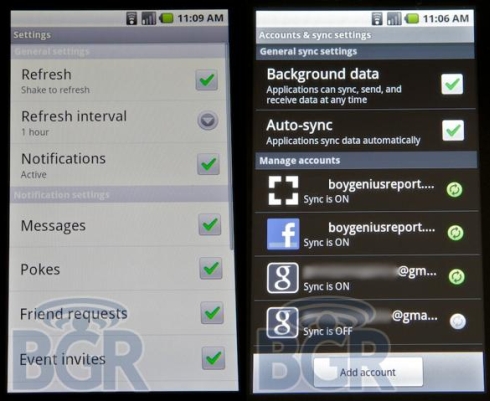 You can notice UI changes in the browser as well, specially due to a redone URL entry bar, that includes a Favicon and now you’ll be able to double tap to zoom in and zoom out. There’s also a YouTube that can be placed directly on the homescreen, for easier video uploads. For more info and a walkthrough of the 2.0 version of Android, check out BGR’s original article. 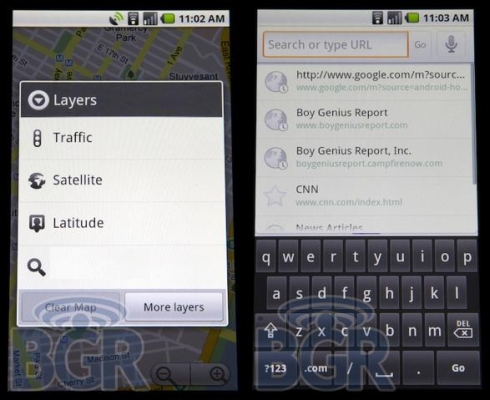