We know you’ve seen Android 2.2 (Froyo) running on Nexus One, or maybe tried it yourself, but it appears that the platform is not available on the smartphone in the official version. One of Google’s employees (Ry Guy) mentioned that this is not the final build of Froyo and that Nexus One owners will get a notification when the Big G pushes the update. 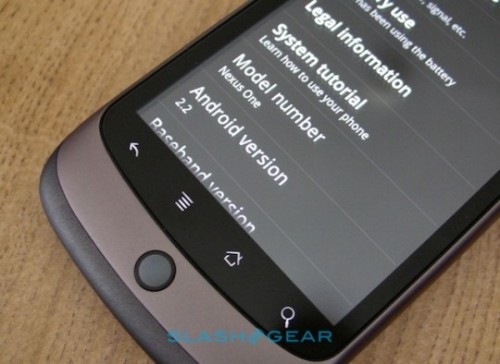 The notification will come over the air and it’s possible that you’ll manually update the Nexus One before the software upgrade is rolled out, so there’s no need to be notified, then.

Motorola Droid owners are also waiting for their share of the update, coming in the “near future”/ next couple of weeks.