Yesterday we got the first details concerning Android 2.2 aka Froyo and now we have more, courtesy of a 4Chan user. In spite of the unreliable source, we have to mention that the user posted a couple of pictures showing a myTouch model running Android 2.2. 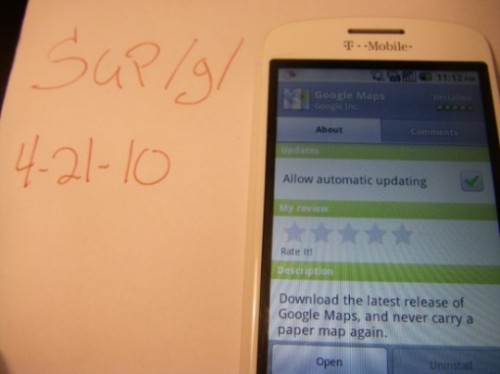 Apparently, a feature of the new OS is the ability to automatically update apps, by setting the Market to do so. These screenshots look pretty real and such a feature will come in handy, specially for the folks who hate to update dozens of apps every week or so. The disadvantage of this system is the fact that some apps tend to get broken through updates or have their functions limited.

A downgrade feature would also come in handy…