December 6th could prove to be a great day for Google, as it prepares to launch Android 2.3 Gingerbread today, according to some sources. Weeks ago Google’s CEO Eric Schmidt claimed that Gingerbread would be arriving in the next few weeks, with Notion Ink also saying that 6th December is a big day for Android. 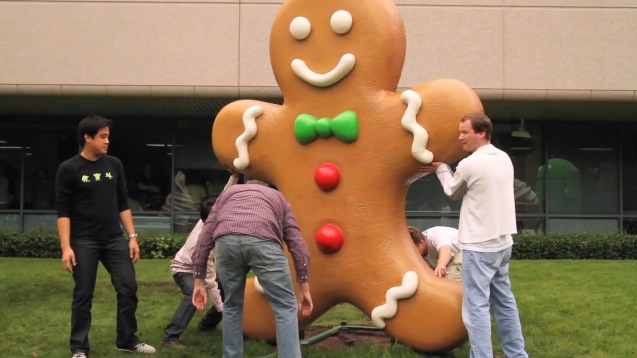 The release of the latest Android version could go down in two ways today: either during the Notion Ink unveiling of a Gingerbread-compatible product or during Andy Rubin’s keynote at the D: Dive Into Mobile event taking place in the evening (6:30 PM PT). What do you say? Should we expect goodies later today?

We’ve been good, we swear!