If you thought that “Cupcake” was a strange name for Android software, wait till you hear the codename of Android 2.0: “Donut”. In spite of this strange branding, Donut will have pretty neat features, like new widget utilities and UI changes. 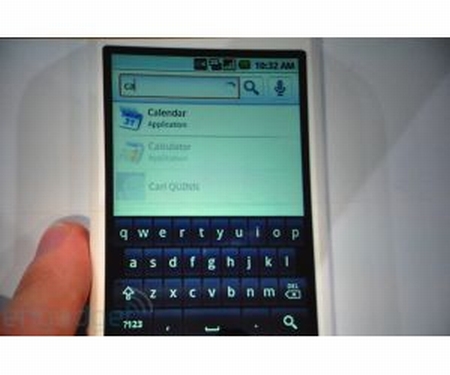 Now, we just found out more about Android 2.0 and it seems that it’ll come with expanded search utility (Android Search), allowing the users to quickly search for items on their smartphones or on the web. This search will also use a text-to-speech API, allowing users to take advantage of the Google Voice Search feature in their apps and online.

Donut will also feature the ability to draw letters on the handset’s touchscreen and start searching for items that begin with that letter. Android is evolving neatly as we speak, but Google and its partners have a long way to go, since they only control 1% of the smartphone market. Android 2.0 should be available for the masses in August, at the time when HTC will pull out its new Google Phones.