A study recently performed by AdMob shows that Apple’s handsets generated 59% of the U.S. smartphone traffic in April. Surprisingly enough, the percentage favours Apple worlwide, 43% of the mobile web traffic coming from iPhones. 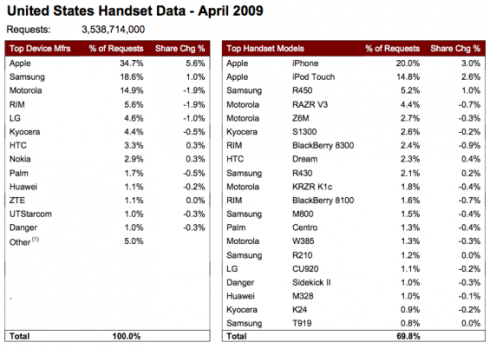 This info is included in the AdMob Mobile Metrics Report for April 2009, released just yesterday and it confirms the fact that more and more people and browsing the web using handsets. A recent Gartner report also showed that smartphones stand for 12% of total mobile sales in 2008 and these devices generated 35% of Admob’s traffic in April.

Admob is the world’s largest purveyor of ads on mobile apps and websites, so they have a great view of the mobile market. Having a look at other interesting statistics, we learn that the iPhone OS holds 8% of the global smartphone market share, but it also generates 43% of the mobile web requests and 65% of HTML usage. 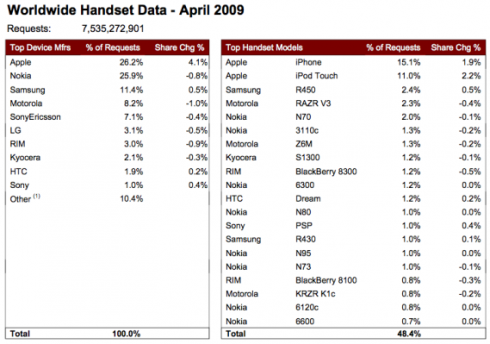 Also, the same studies reveal that in the U.S., 20% of the ad requests come from iPhone, while 14.8% are associated with iPod Touch units and it seems that Apple’s share of ad requests in the States grew about 5.6% month over month.