This is one of those unexpected software updates that comes, shocks everyone and then it’s forgotten by everyone. I’m talking about Android 4.0.4, a piece of software that was just leaked on Verizon Galaxy Nexus units. It brings the usual bugfixes and speed improvements, that are always welcome on top notch handsets. 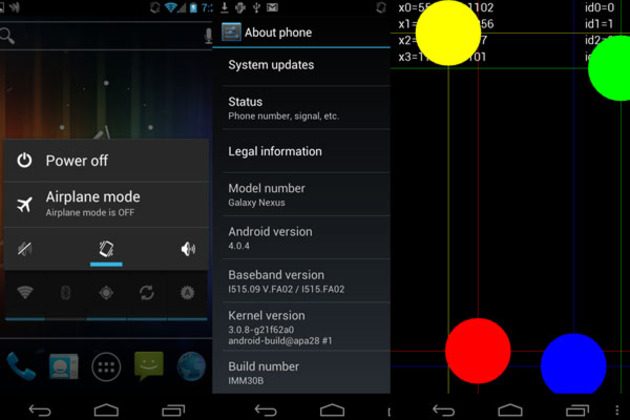 This leak matches the one from a couple of days ago, that reached Sprint’s Nexus S 4G. being the same software version. Users at XDA Developers are working on an unofficial changelog as we speak and it appears that the main function of this update is easing the switch between 4G and 3G and increasing efficiency. A new radio firmware is rumored here and we also get a brand new power menu, that has been available to those with a 4.0.3 ROM. Multitouch works better and speed is greater, according to the guys who tested the software.

You might be wary of installing this leaked ROM, as it’s not something that everyone is comfortable with, especially those who usually rely on official software. The source link below have all the details on this update and information on how to get the ROM. Here’s a short list of some of the improvements found by XDA Developers: better signal strength, faster boot up time, better auto brightness functionality, faster autorotate, better browser performance, increased volume (!!!), keyboard fixes.