If you want to know the rate of expansion of the Android OS, it’s best to check out the video below, showing how the platform got more and more popular since its debut in 2008. As you can see, it slowly takes over the world, starting with the USA, followed by Europe and Asia. 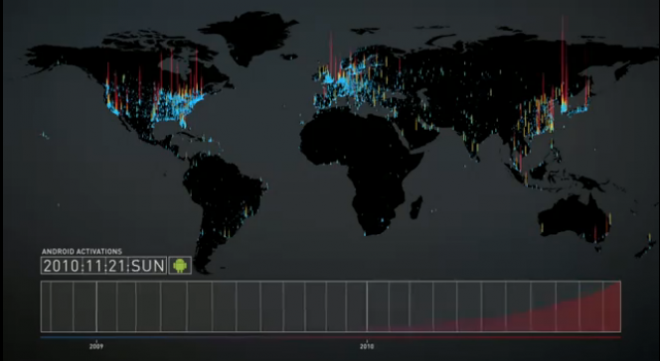 Motorola Droid helped the platform bloom and reach fame, while Samsung Galaxy S allowed it to mature and become a fearsome rival for the likes of the iPhone and Symbian devices. This history dates back from the days of the Nexus One and reaches out to the present, with Android Honeycomb and Gingerbread devices that were just announced in MWC.