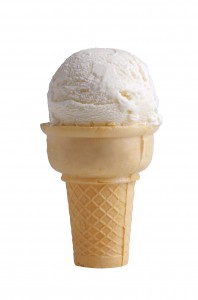 We’re written about this before: the codenames of the future Android versions, but the story is developing. As you might already know, Google has a passion for naming its mobile OS releases after desserts (Cupcake, Donut, Eclair, Froyo, Gingerbread). Well, Froyo stood for Android 2.2 and Gingerbread will define Android 3.0.  Google apparently confirmed we’ll see Honeycomb next and then… what?

Ice Cream is the most likely follow-up, since we really can’t think about many desserts starting with the letter “i”. Back to the Gingerbread affair, it is believed that this is the codename for Android 3.0, while 3.5 will be dubbed Honeycomb. Forbes is the source of the whole “Android Ice Cream” story and their source is none other than ARM president Tudor Brown.