We’re all waiting anxiously for the Android Ice Cream Sandwich release, that’s supposedly taking place on October 11, but till then we’ve got a juicy leak for you all. I’m talking about the following images taken directly from a Nexus S model with the latest Android on board. 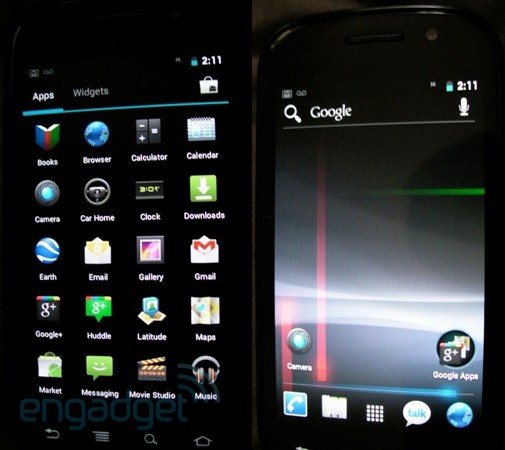 Believe it or not, the handset was bought off eBay and upon its arrival it had the next Android on it. Thus, its fresh owner proceeded to filming it, so it reached the interwebs fast. What we can see here is version of the build IRK48 and kernel 3.0.1, if that makes any sense you. Gingerbread and Honeycomb both shared some of their elements to help create this hybrid.

Google Apps got a new icon and its purpose is now to open a tray with some featured services from Google. If you perform a long press of the Home button, you’ll trigger the Honeycomb-like multitasking menu, while the notification bar and camera UI are radically changed from what we knew before. Of course, take this with a grain of salt and know that some indie developers were working on a custom ROM that looks like Ice Cream Sandwich, so this might be it in the end.

Enjoy the video below, in the meantime: