Jelly Bean hasn’t even been confirmed as a codename for the next Android and already there’s talk about version 6.0. Turns out that the version that will rule in 2013 might end up being called Key Lime Pie, a piece of dessert that you can see pictured below. Last I heard, there was a guy at ASUS attending MWC, who confirmed the Jelly Bean name by mistake, but Google said nothing about that. 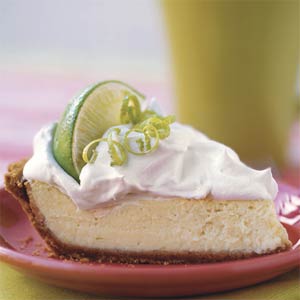 Also, the search engine giant provided quite a big hint at MWC 2012, by displaying a bowl with jelly beans at their booth. Moving on, The Verge quotes the same source that told them about JElly Bean last year as the one being sure about Key Lime Pie. The advantage here is that we’ll have a nice to use acronym, KLP, much like everyone is using ICS right now. “JB” won’t be that nice, since it defines jailbreak nowadays. Considering Google is expected to unveil Android 5.0 Jelly Bean in June at Google I/O 2012, maybe the Key Lime Pie release will come in December or 2013 even.

Also, while version 5.0 will probably run on the Nexus Tablet first, I have a feeling that version 6.0 will get us the Nexus smartphones back and this time it may be one made by Motorola. What do you say? Any ideas on version 7.0 and the “L” letter sweets?