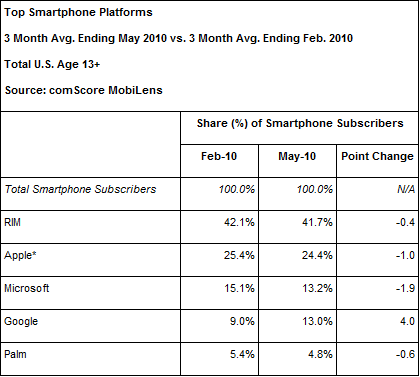 At this moment, the top platform in the US (for smartphones) is still RIM’s with 41.7%, followed by Apple’s product, with a 1% drop in the last months. Android comes third, while Windows Mobile follows it, with a 2% drop from February and reaching a current 13.2%. Next is webOS with a 4.8% market share. 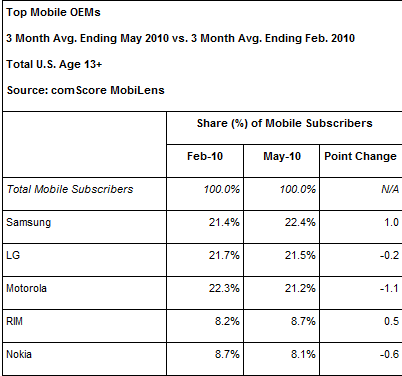 The top 5 US phone manufacturers have also switched places over the past months, as Samsung is now the new number one with a 22.4% market share, leaping from third place to take the crown. Next up is LG, with 21.7% and Motorola on the third position, with 21.1%, losing its first place from months ago. RIM and Nokia exchanged positions from the February results, with the Finns being number 5 and the Canadians becoming number 4.

Another section of the study shows that Americans like to text more than anything else, followed by browsing, messing with apps and games. 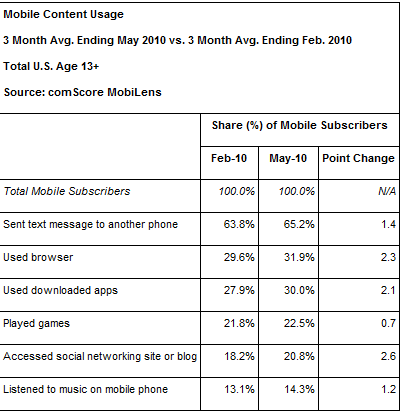