Android’s market share is continuously increasing and according to the latest stats provided by Nielsen, Google’s OS has finally managed to overtake the iPhone in new subscriptions. This performance happened in Q2 2010 and we have to mention that right now 25% of the mobile market is now made out of smartphone users. 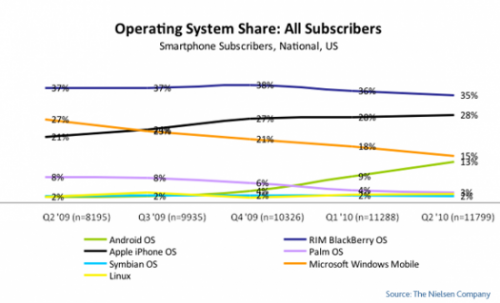 Android reached a 13% overall share, compared to Q1’s 9%, with the Google platform also gaining 27% of smartphone subscribers, compared to the iPhone’s 23%. RIM is still the champ, with 33% of the market share, but the figure is declining. The iPhone 4 and new Moto Android phones will have their say over the next 2 quarters. 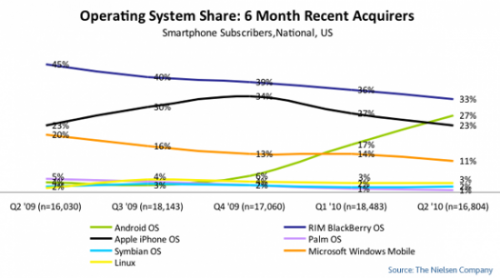