Ever since the release of the very first Android version, the platform has evolved and gained new features, but the user experience remained pretty much the same. The team working on the next version of the OS promised to do something about this, so we’re going to witness some changes in this department. 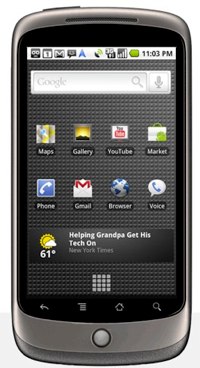 At this point, the developers have already created the core features they want on the new platform,. More tweaks will be made and we have to mention that Google wants to end the customization spree of phone manufactures and carriers, by making Android provide a better user experience. Thus, HTC Sense, Motoblur and other UIs will become useless.

We remind you that the next version of Android will be known as Gingerbread and it’ll be available around Q4. Apparently, the Android team wants to provide an experience similar to the one on the iPhone through Android 3.0. The thing with Android is that it’s a flexible OS, designed for more than one device and a perfect UI is hard to make, in this case.