Angry Birds, one of the most popular mobile games of 2010 has just been released in its Android version. You can download the game for free from here and we should mention that Rovio Mobile, its maker has the title listed as a demo, but apparently this is the full version we’re dealing with. Once the last bugs will be cleaned, a paid version with no ads will be released. 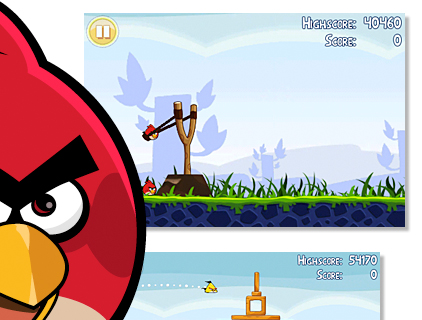 You can also find the game on Android Market and in case you’re wondering about requirements and limitations, here they are: Android 1.6 or later, OpenGL ES 2.0 support and for now lack of support for QVGA display resolution (it’ll come later on). Already a hit on the iPhone, this game has had over 6.5 million copies purchased.

Angry Birds allows you to control a flock of birds that battle evil pigs, by firing themselves with a slingshot towards structures hosting enemies. Basically, this is a smart puzzle game.