BlackBerry Storm 3 was supposedly axed, according to a rumor dating back from weeks ago, but apparently it’s alive after all and coming next month. This is a mere speculation for now, coming from analyst firm Jeffries & Co, that issued a note on this matter. As far as the cancellation story is concerned, the confusion seems to have appeared because three different Storm 3 models have been detailed lately. 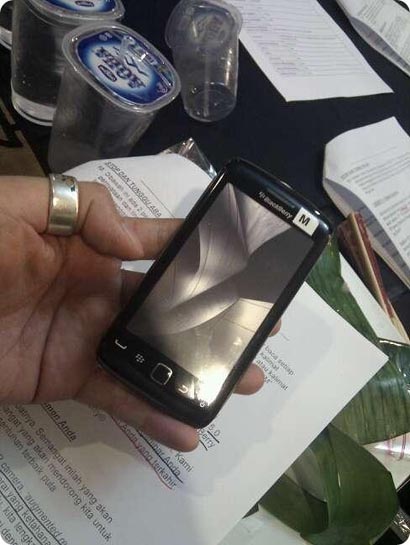 There’s a haptic touch version (that was canceled), a non-haptic touch one with BB OS 6 and more memory and a brand new Storm with an iPhone-like form factor, but slimmer. Supposedly the latter runs the same version of QNX found on the PlayBook slate. For now we know that the non-haptic touch BB OS 6 Storm will debut in November, while the QNX one will come in 2011.

Jeffries & Co and also managed to find out that the PlayBook 2 will come in the second half of 2011, as well, complete with 3G and 4G connectivity. Take all this info with a grain of salt and expect cancellations, folks.