Techradar has had the unique opportunity of snooping around Microsoft’s Windows Phone 7 labs, where devices and software are being tested for bugs and malfunctions. Models made by various OEMs were scattered all over the place and there was even a surprise: a bunch of Acer units that weren’t yet announced and the Toshiba TG02 model pictured below. 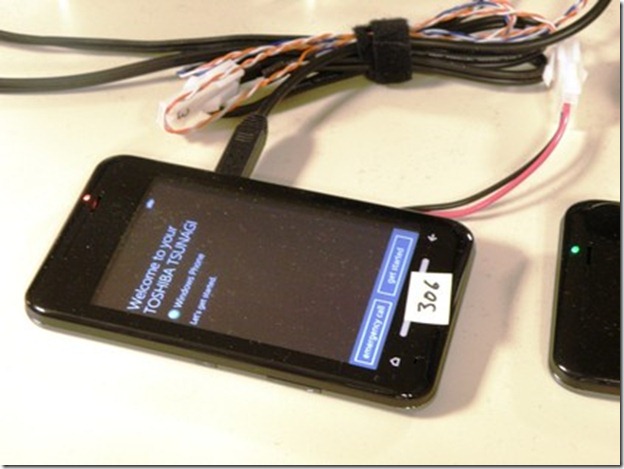 Although this may seem like the Toshiba TG01 phone, it’s very likely that this is the TG02, since WP7 requires a capacitive touchscreen display, that this device features. Back to the test labs, they were pretty amazing, as shown by Techradar’s piece and at some point even Windows Phone 8 and Windows 8 came up, obviously as jokes and hopes for the future. 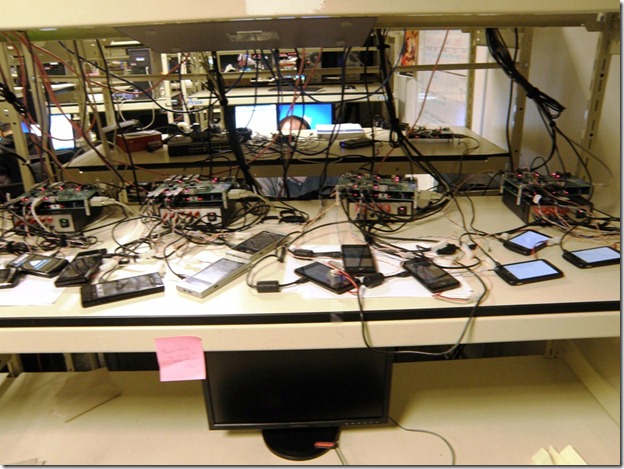 Hundreds of Microsoft employees on the campus are working and focusing straight on WP7, putting a lot of effort into it. Server farms are involved and thousands of virtual phones are running night and day, checking for errors caused by any situation one can imagine. If a device encounters a critical error, it takes a snapshot of the reason for it and it’s sent to engineers for investigation.

More on the cool Microsoft labs in Techradar’s full story.