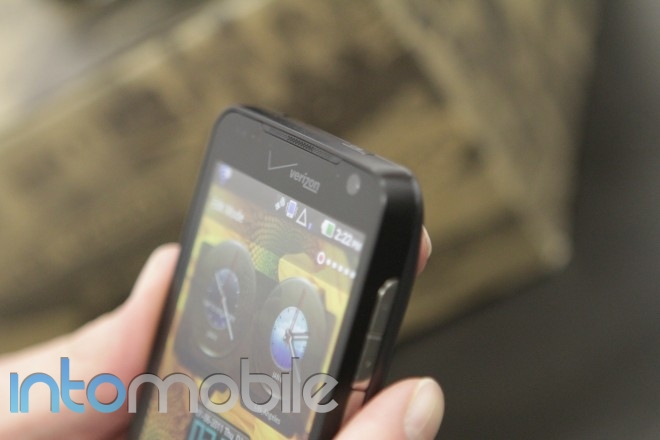 LG Revolution is the first Verizon handset able to make voice calls over the 4G LTE network, according to the carrier. The handset will debut this summer, but without the VoLTE capability, that will arrive in early 2012. The obvious appeal is getting higher quality calls and improved voice clarity.

This new LG model is also appealing in the specs department, with a 4.3 inch WVGA touchscreen, 5MP autofocus camera, Bluetooth 3.0, GPS, HDMI and DLNA. The phone also supports Qi wireless charging and you can check out its bulky design in the video below: