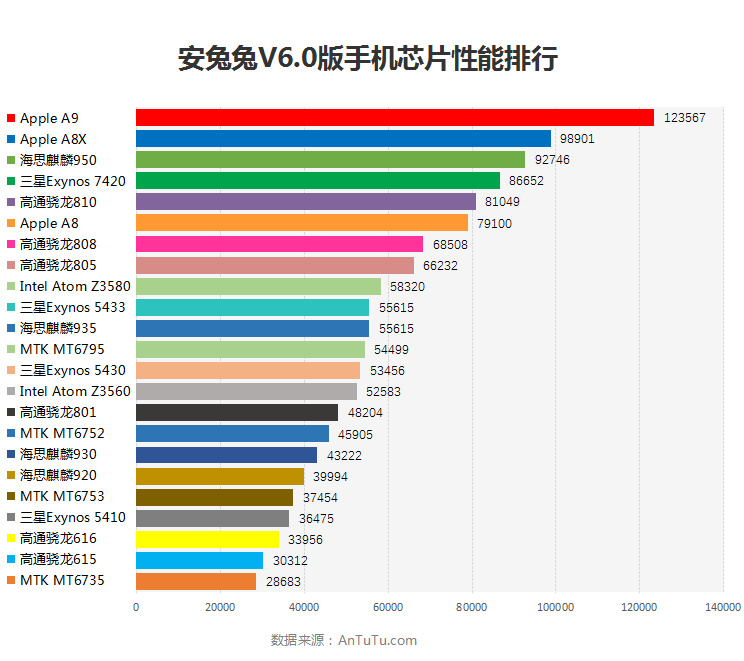 An interesting leak today comes via Weibo, showing off a new version of AnTuTu, with results listed as statistics. Since it’s December, that’s pretty much the final list of the highest performing chipset models this year and the champion is a surprise. 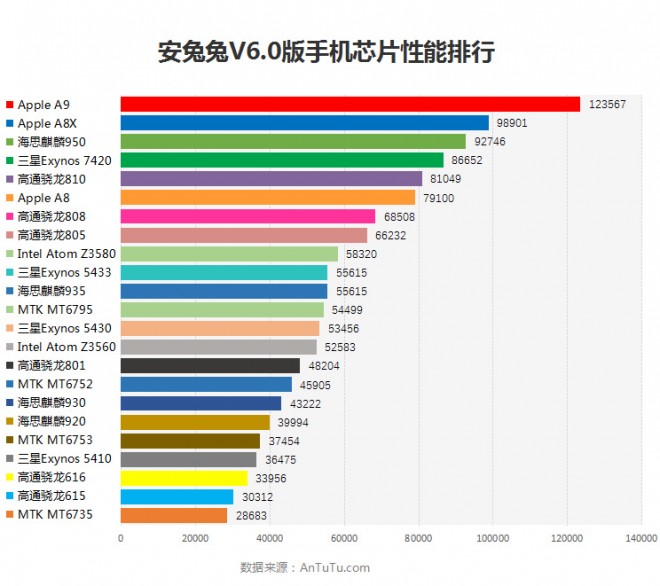 Un until now we’ve usually seen an Exynos or MediaTek dominating the list, but now it’s the Apple A9, with an impressive 123.567 points. This is AnTuTu version 6.0, so the battery of tests may have changed from the previous versions. Anyhow, the second spot is also reserved for an Apple chipset, the Apple A8X, with 98901 points.

Exynos 7420 is beaten by the Kirin 950 from Huawei, that has been making a lot of headlines lately, with its high scores. This time, it’s registered with 92.746 points, while we’ve seen it on the Huawei Mate 8 scoring between 80k and 90k. Exynos 7420 scores an unlikely 86652 and we say that because we’ve tested all the models with this chip and they didn’t even pass 70k back then.

Anyway, I see that the first mention of a MediaTek chip is barely at the 12th place, so the Helio X20 hasn’t been included here. The Snapdragon 810 is right behind the Exynos 7420 as expected, with 5000 points lesser score. Be it official or not, this listing gives us an idea of how powerful Apple’s chips and I'[d sure like to know if they’re TSMC or Samsung versions mentioned here…