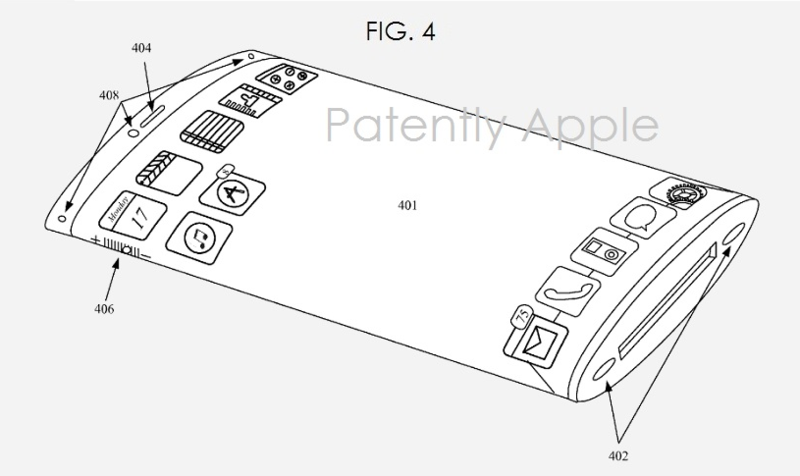 The US Patent and Trademark Office has published no less than 44 newly granted patents, all of them intended for Apple. They were published today and one of the most interesting ones involves the intellectual property for a smartphone design that has a convex display.

The design may include at least one or more flexible display layers and could be mounted on top of or under a cover layer, that has a curved shape. Apple mentions the use of OLED technology with those layers and panels. The same patent talks about a convex display and a bezel that’s formed from a housing structure. Interestingly, it doesn’t even have to be a smartphone, so the convex screen device may be a tablet, a wearable gadget like a wrist watch or a media player. 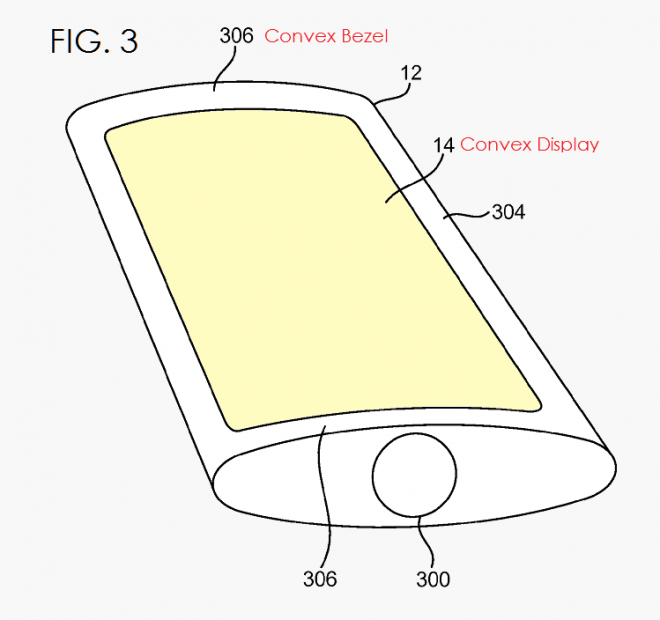 The device you can see below was actually shown in great detail in a 2011 document leak and was the inspiration for many concept phones with rounded edges, waaay before the Galaxy S6 Edge was even a project. Apple has still a way to go till taking such chances, but the patent is there and the Cupertino labs are working, so it can be achieved. Now let’s see what type of glass they’ll use. 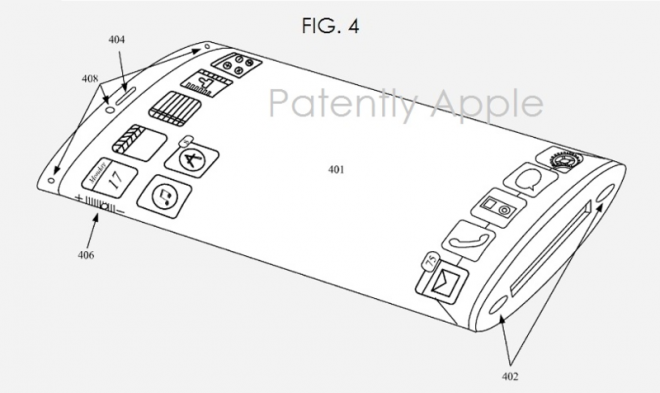