Last night, Apple didn’t only preview the fresh and appealing iPhone OS 4.0 platform, but they also announced iAd, the Cupertino giant’s first advertising service. This is certainly one more segment in which Apple competes with Google, but we’ll see in what way, after the break. 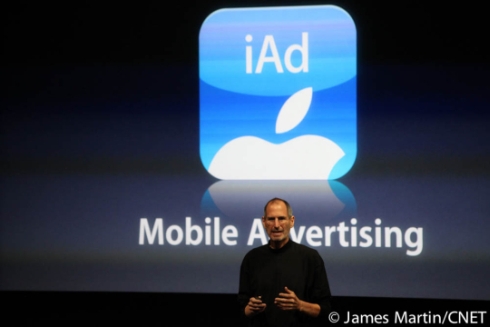 iAd is a new way for companies to advertise using Apple’s platform and for developers to make money, specially out of free apps, that will have ads incorporated in them. How do the ads work? Basically, they’re an “app within an app”, as shown in the video below, presenting the Nike iAd demo on the iPhone, courtesy of the folks of Slashgear.

Steve Jobs also demoed an ad for the Toy Store 3 Pixar movie, though a section that includes games, trailers and other content, accessible from an area of the screen at the bottom of an app. Users will probably be somewhat bothered by these ads, but devs surely won’t, specially if cash starts pouring in. Meanwhile, Google has some trouble advertising-wise, as the Federal Trade Commission might be blocking their acquisition of AdMob.

The duel of advertising platforms is on and we have a feeling Google will announce something cool for the iPhone, in order to answer the iAd launch.