Although we’ve yet to see an image of the upcoming Apple Tablet, the device secretly developed at Cupertino recently got a list of specs leaked online, for us all to check out. Real or not, these features sound good and appease those Apple freaks waiting for the January 26th event, that will probably see the tablet’s debut. 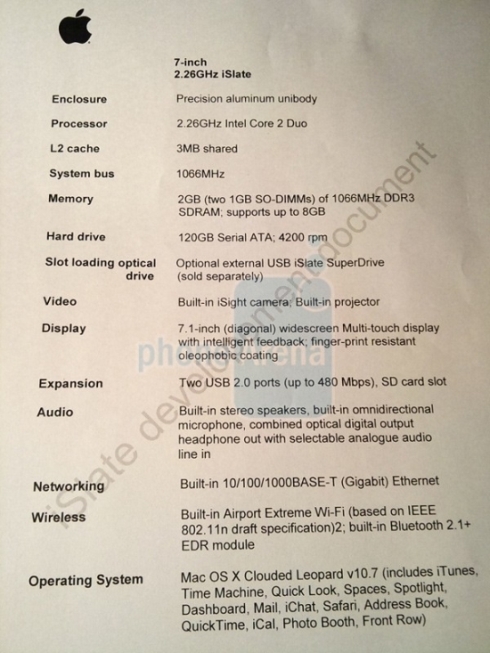 What’s interesting is that the device also sports a built-in projector and the specs list continues with an iSight camera, two USB 2.0 ports, an SD card slot, stereo speakers, a microphone, Gigabit Ethernet and WiFi. As far as software is concerned, we learn that the Apple iSlate will run Mac OS X 10.7 Clouded Leopard, a platform that brings a widget-based homescreen to the scene and neat touchscreen functionality.

Could this really be the specs of the hottest device to start 2010? 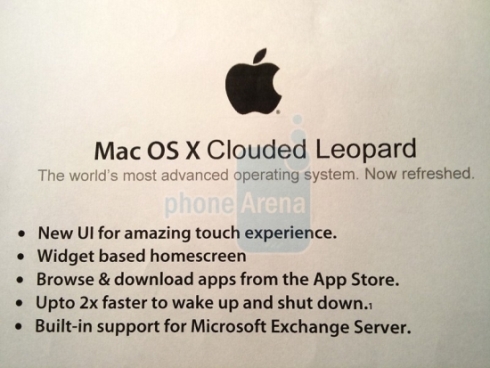