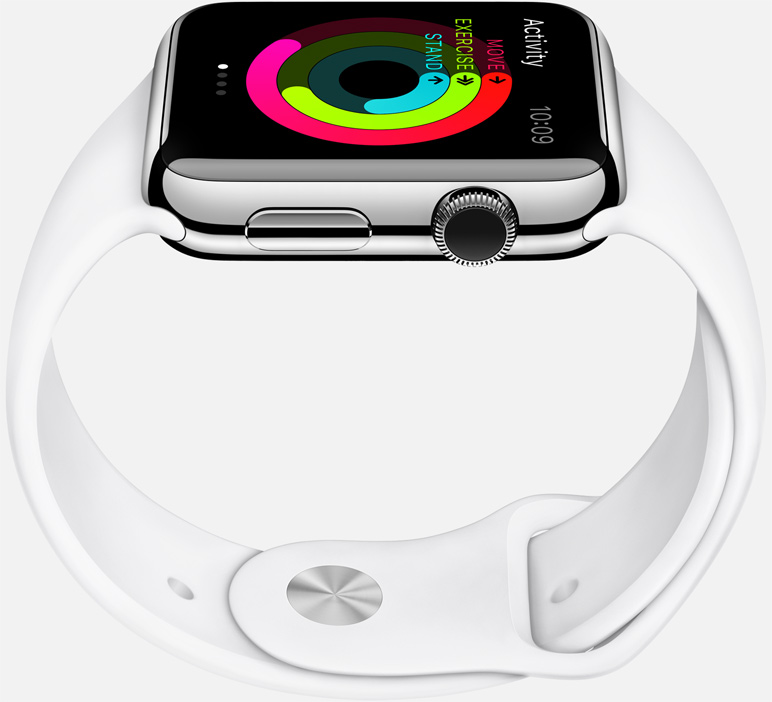 The Apple Watch finally became real today, shattering the myth of the iWatch, by introducing a new naming pattern. From starters the stand out point of the product is that it allows you to make payments via Apple Pay with it, something that Android Wear still can’t. 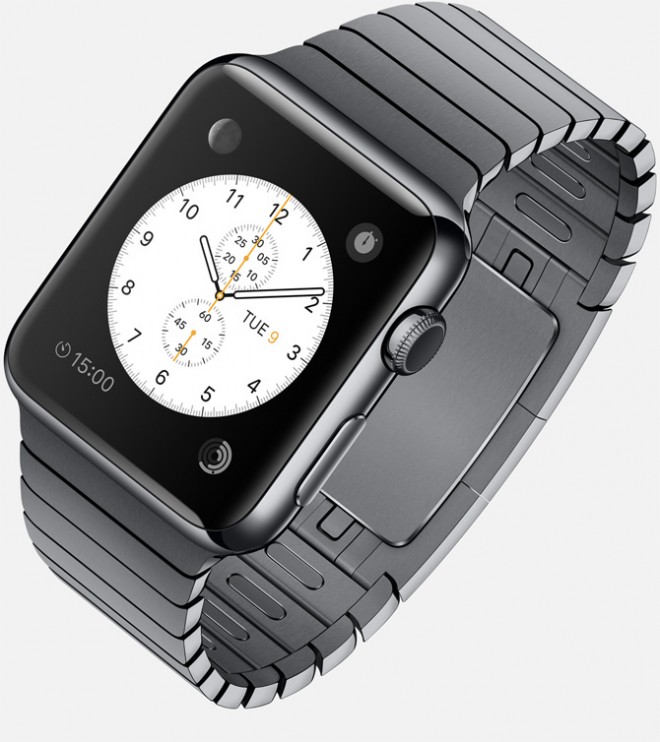 This watch is squared and comes with two size versions, 38 mm and 42 mm, as well as 6 different bands to attach to the body. There’s also an 18 karat gold version coming at some point in the future. Before you fret too much about the product, know that it will be released in early 2015 and priced at $350. It has a ceramic back, metallic body, sapphire screen and the screen will active at the flick of the wrist.

There’s also a Glance feature, that triggers some sort of widgets with information, like weather, emails and more. The touchscreen is not only touch sensitive, but also pressure sensitive, triggering a new type of custom gesture and “taptic feedback”. There’s also a crown button on the side of the device, rotated to zoom in/out and scroll through lists. There’s Siri included here, turn by turn navigation and a totally new type of UI, that is surely not iOS. 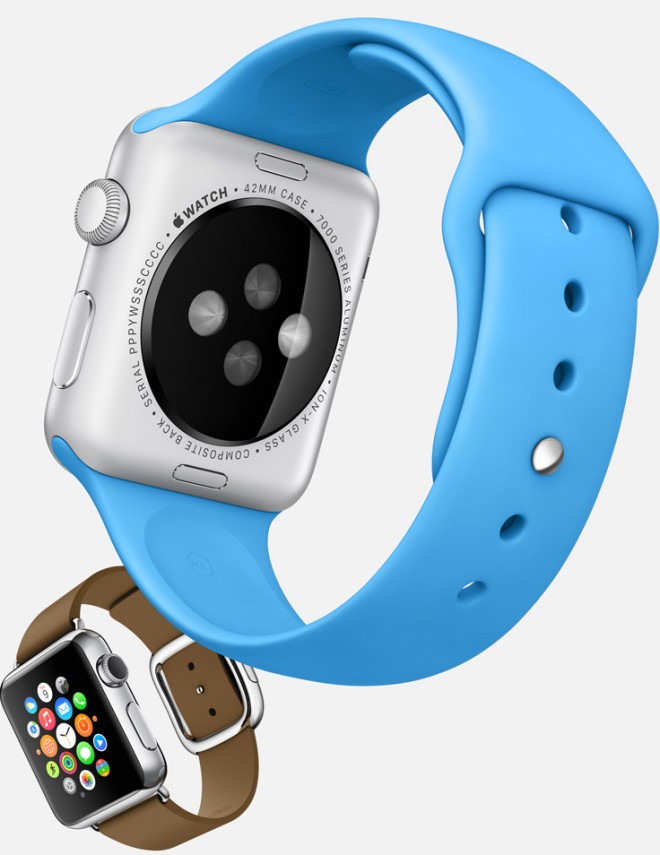 You can communication quick sketches or special emojis on the screen and even send your pulse to another user, as vibrations of his Apple Watch. A heart rate sensor is placed at the back and this model requires from iPhone 4S upwards to be used properly, especially with the GPS and all. Notifications are also available and charging is done with a Magsafe wireless adapter and a magnet mechanism.

The Apple Watch has a sapphire glass Retina display and a ton of activity and exercise trackers. Apple also launched the WatchKit platform for developers, used to create apps for the wearable device. There will be three collections of this model: Watch, Watch Sport and Watch Edition, each with a different finish. It’s not yet clear what the battery life is and if this model is waterproof or not… 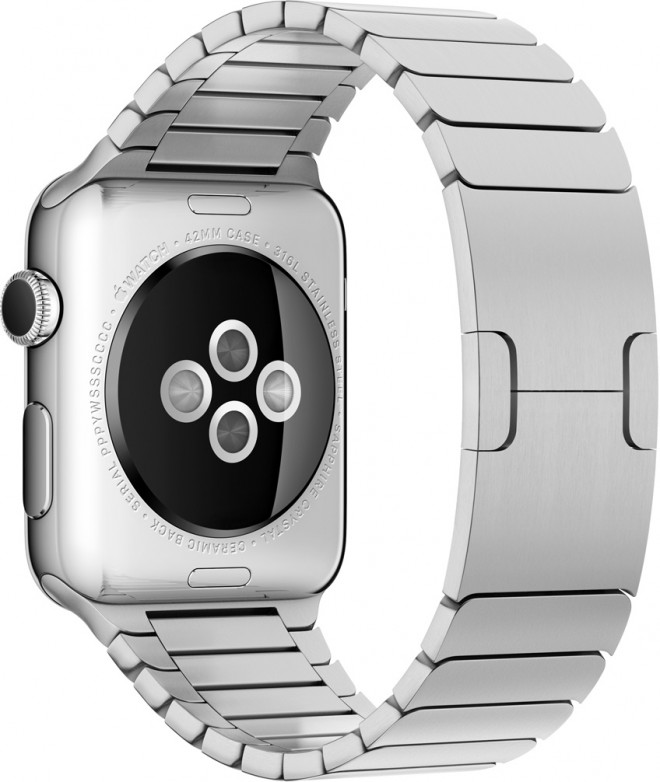 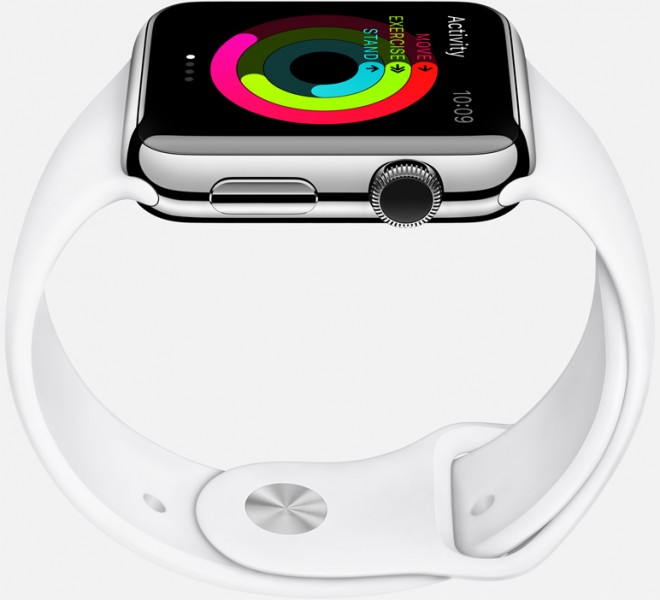