We know that Apple’s readying a new iPhone for WWDC 2009, that will take place on June 8, but what else is there to showcase next month? A tablet… or maybe a netbook? The Apple Tablet seems more real than ever and it first surfaced as a rumour in 2008, when Chinese OEMs received info about the device. 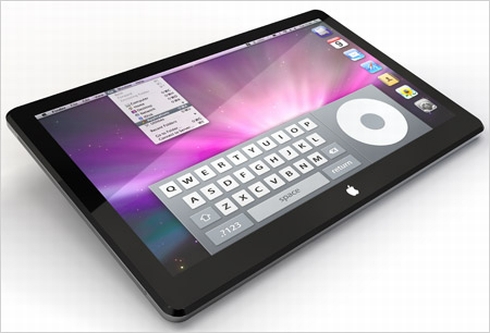 Word’s out that this tablet could feature a display that’s up to 10 inches in size and that its price tag will be somewhere between $500 and $1000. Also, the device won’t be launched this Fall, as estimated, but rather in early 2010. The leaked info concerning this new gadget also states the fact that the team behind the tablet is the same that developed the iPod and iPhone.

It’s very likely that the Apple Tablet is based on the iPhone OS and even the App Store could be supported, making the new device a great gaming tool. We’re really curious what CPU will be used on this product, the options being a Samsung CPU, Intel Atom  or Apple’s proprietary chip from P.A. Semi, a company acquired by the Cupertino giant in 2008.