The folks of TMZ caught Two and a Half Men star Ashton Kutcher wearing the trademark Steve Jobs outfit, as he prepares for his role in the upcoming Jobs biopic. The pictures you see here were taken in Los Angeles and Kutcher is seen dressed in the famous black turtleneck and blue jeans combo. 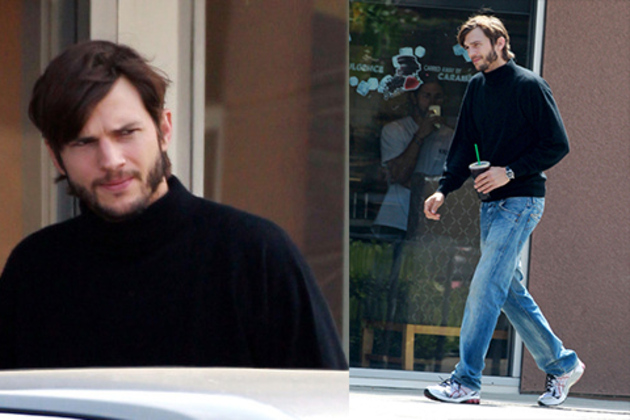 Kutcher was heading to the set of the Steve Jobs movie he’s part of, so that’s why he was so strongly in character. The picture is called (tentatively) Jobs: Get Inspired. Right now there are two motion pictures in the works, both regarding the life of the famous Apple guru, who passed away last fall. The other project that doesn’t involve Kutcher is a Sony production based on the Walter Isaacson official biography of Steve Jobs. Just so you know, the Ashton movie will depict the early years of the Apple CEO.

Hopefully, the Hollywood bigshot will manage to capture the spirit of Jobs and he’ll get rid of those plastic cups with sugar-filled drinks he always carries around in Two and a Half Men. So, what do you say? Is Ashton a good fit to portray young Steve Jobs? Will he nail it?