We’ve shown you the Asus P565 smartphone before, with its wonderful specs and great looks, but now it’s time to put its raw power to the test. Asus claims that this handset is the fastest PDA-phone ever created, so gadgetmix.com decided to put it through a series of benchmark tests. 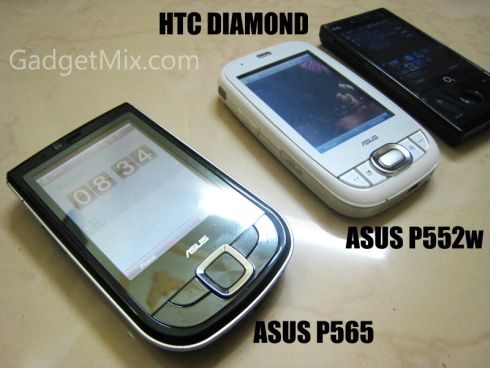 As the Spb Benchmark results have shown, Asus P565 was the best in all segments, but we must mention that Asus P552W uses a QVGA screen, so its CPU was much less used during graphic processing. P565 and HTC Diamond are the real rivals of this test, with the first winning the duel by a pretty big margin. What’s more interesting is that Diamond shares its processor with HTC Touch Pro and HTC Touch HD… Well done Asus! 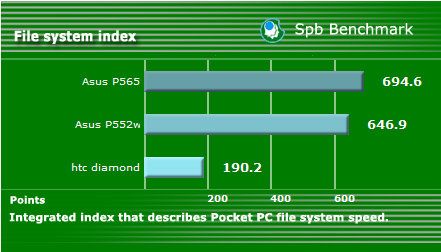