As you may know, if you check out the upper part of our website, Tablet-News.com is our sister site and they’ve had the chance to review the famous ASUS PadFone, that we’ve also played with for the past week. In case you’ve been living under a rock for the past year, the ASUS PadFone is a 4.3 inch handset that goes inside the PadFone Station tablet to create a hybrid device. 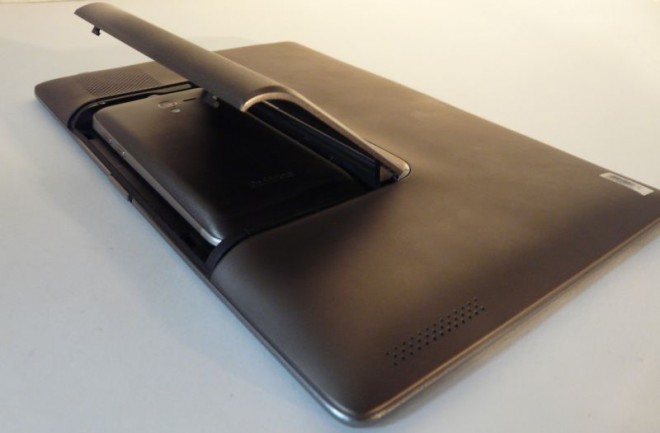 The combo costs 699 euros and it’s available in parts of Asia, suffering delays in most countries because of Snapdragon S4 that’s very sought after. Tablet News gave this device an 8.66 out of 10 and praised the originally of the design and the dynamic switch between phone and tablet. They called the camera “a pleasant surprise”, with an efficient interface, great photo taking ability and stunning 1080p videos. The Padfone itself is nothing to laugh at, since it has a beautiful teardrop profile case, metallic edge and nice texture of the battery cover.

It’s got a glassy and glossy facade with 3 virtual buttons and Android 4.0 as the OS with some minor ASUS customizations that you’re used to seeing on tablets. The PadFone Station is a 10.1 inch unit with 1280 x 800 pixel resolution and it shares the CPU, camera and internals of the PadFone, but it brings as extra its display, SonicMaster speakers and its very own phone and GPS antenna. You can make calls from the tablet and phone and the 6600 mAh battery on the slate expands the battery life of the phone five fold. More info in the video below!