It’s been, what, like a week since we’ve shown you the thinnest smartphone in the world made by Oppo?! And now already there’s a thinner handset, just teased by ZTE under the codename Athena and offering a waistline of 6.2mm. Over the past year we’ve seen 9mm smartphones turning into 8mm devices, only to be beaten by the 7.1mm Motorola Droid RAZR. 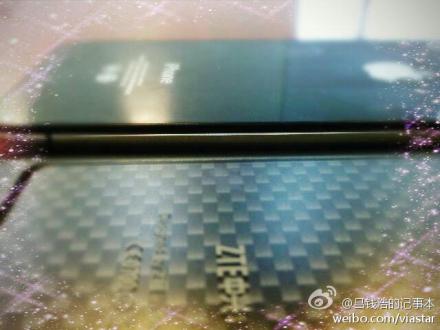 And then came a Fujitsu Arrows smartphone, going below 7mm, followed by a Huawei phone that took less than 0.1mm out of the thickness of the Fujitsu device. And finally Oppo recently surprised everyone with a 6.65mm device and now it’s once again the turn of a Chinese company to take it down a notch. ZTE Athena will have a 720p IPS screen, a Cortex A15 processor, 64GB of storage and a battery that’s probably underwhelming, since I can’t imagine fitting a decent power source into such a slim waistline.

I’ve said this before and I’ll say it again: somewhere between 5mm and 6mm lies the limit where mobile phone makers will stop, since otherwise the smarpthones will become too thin, too fragile and maybe even too sharp to appeal to the users.