Ahead of Computex 2011, ASUS teased us with the picture below, making us wonder if their new device will be a tablet or a phone. Well, the newcomer could be the both and Notebook Italia wasn’t shy to try its hand with a mockup, as shown at the end of the article. 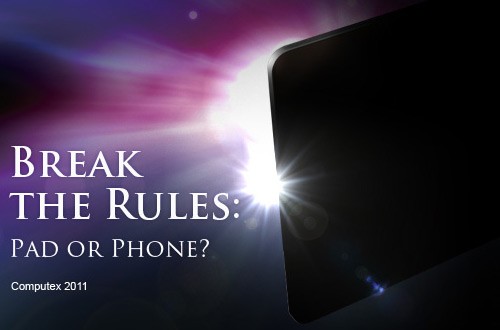 We could be dealing with a tablet that sports a slot in which you can insert a handset. How cool would that be? Another option would be launching a notebook that uses a smartphone as the processor, that powers the entire unit. We already have the Eee Pad Transformer as the tablet with a detachable keyboard, so why not explore in this direction?

Android is most likely the OS of choice and it will be interesting to see how they combine Honeycomb and Gingerbread into his hybrid unit. Monday is the day to look out for and Notebook Italia is the author of these mockups: 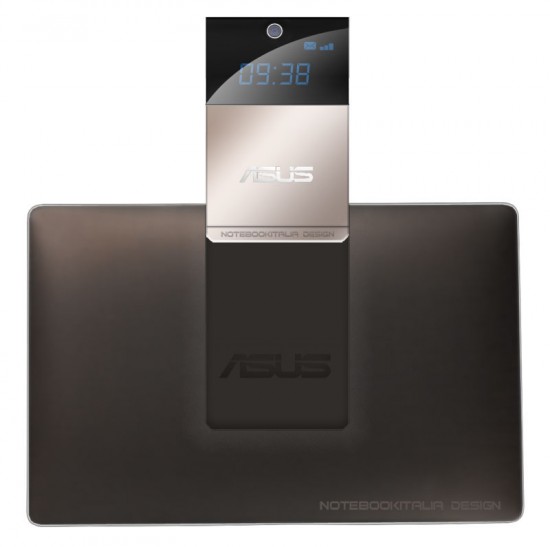 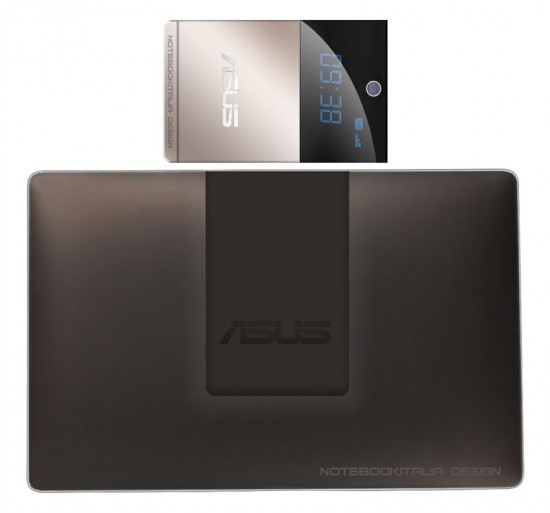